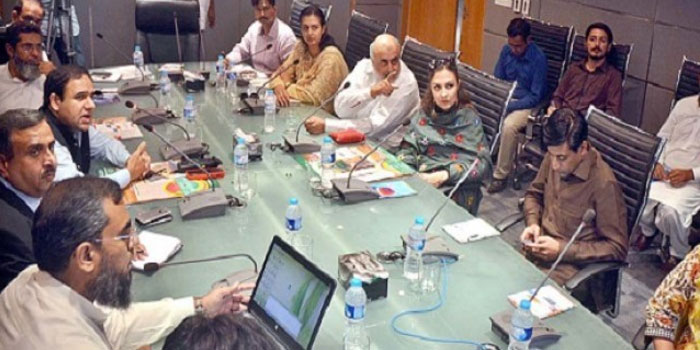 Benazir Income Support Program (BISP) Chairperson Marvi Memon announced on Saturday that the Punjab Information Technology Board (PITB) and BISP will combine their efforts in order to strengthen and make the payment monitoring system more secure.

During the meeting held at the Arfa Software Technology Park, the BISP chairperson made remarks about the collaborative efforts between the government’s two organizations. She said that the system will be improved with the appropriate use of smart technology and geo-tagging. She mentioned that the BISP had been improving their program field activities by adopting e-governance systems and these systems were already being employed at all management levels.

Memon informed the meeting attendants that stakeholders had already identified major areas of concern and discussed different solutions on solving those aspects. She assured that BISP beneficiaries had also been solicited for their feedback and the solutions would reduce their grievances.

A PITB official, while explaining the salient features of the improved monitoring mechanism, said that PITB has worked hard to introduce smartphones, high-tech biometric systems and PC tablets to monitor service delivery across different public health facilities and educational institutions throughout the province.

He said that the Citizen Feedback Monitoring Program (CFMP) has proven its worth and was greatly effective in retrieving feedback from citizens frequently in contact with public offices. He added that this information is vital in the fight to reduce corruption, misconduct and bribery in public offices and departments.

Also present during the meeting were BISP Secretary Salim Ranjha, Punjab DG Sara Saeed and some other officials from both the organizations and they presented their own views and suggestions throughout the meeting.