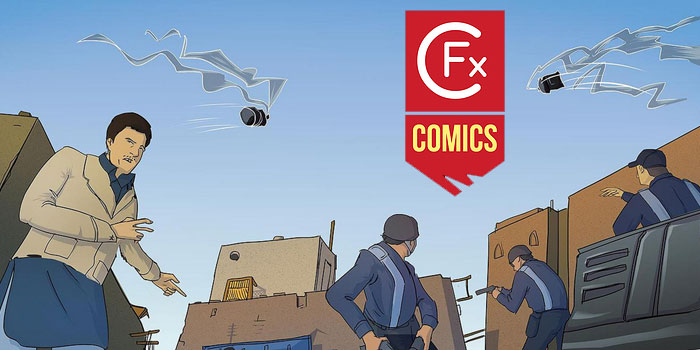 For most of us that lived through that decade of 90s, our generation needed an escape of sorts. The harrowing political upheavals, the endless law and order situation, it seemed there was no light at the end of the tunnel waiting here.

To further compound matters, this was also the time when the aftereffects of the Afghan Jihad were also starting to permeate the mainstream Pakistani society with religious extremism further burrowing itself in the Pakistani polity.

The Power of Comics and Taking Back the Narrative

I remember being 8 when I got my hands on my first comic book. This was around the time when Thundercats, Teenage Mutant Ninja Turtles and Swat Cats amongst others ruled the Pakistani air waves.

But a comic book showed me how impactful and insightful this visual medium would be in combating narrow-minded narratives in society. How it could be a vehicle for change in a country that was still grappling with multiple crisis within its backyard. The combination of art and dialogue to weave a powerfully evocative narrative is something that comic books are more than up to the task.

Unlike TV, comics had the power to immerse you, question the motivations of characters, take time to breath in that rich tapestry woven by the artist. In short, it had the means to engage people, start conversations over prevailing circumstances, and most important, give readers the tools to question the myths & stereotypes that existed in society.

And this is exactly what the fine folks behind CFX Comics have been doing for the past 2 years. One that makes for an equally compelling story that deserves its own comic series.

Superman was rocketed off a doomed planet of Krypton by his parents. Batman had to witness a great personal tragedy that set him off on a path to stop crime and injustice. Tony Stark had to make do with raw materials and his ingenuity, while he waited in a cave, formulating a plan to escape his captors. 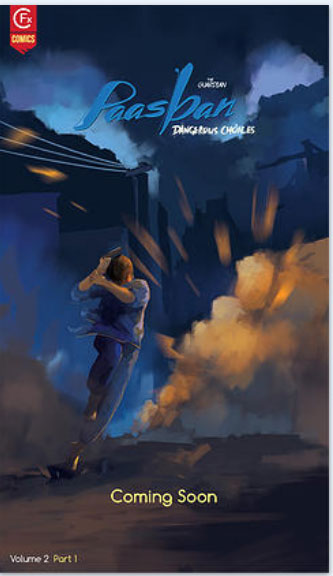 Like every interesting comic character has their origin story, CFX Comics does too.

Pakistan has suffered countless tragedies over the years, with the recent APS terror attack shaking the collective conscience of the nation like nothing else before. With the innocents that we lost on that Dec 2014, 3 comic creators finally decided something needed to be done about it.

Enter Mustafa Hasnain, Gauhar Aftab and Yahya Ehsan, who had been working on a series to highlight endemic corruption in society when the grotesque attacks happened. They decided there and then that the battle for narratives needed to be wrested from the obstructionist elements in society who felt it was right to indulge in militancy, ruining families and generations in the process.

Mustafa Hasnain founded  Creative Frontiers in 2013, and with Gauhar and Yahya, set off to address the menace of religious extremism in society. His company employed 20 creative souls at its inception who wanted to make the Pakistani comics scene mainstream and a budding alternative to the mostly brainless Pak TV programming that we’re all hostage to. 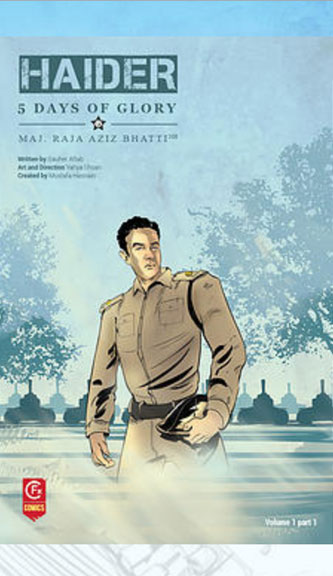 For Gauhar Aftab, the English script writer, the issue of extremism destroying lives wasn’t just something he saw on TV. When he was 13 and studying in Aitchison College, he was almost misled by a teacher into signing up for a holy war in Kashmir. But thanks to a last-minute intervention by the family, that dark path never came to pass. The experience has given him insights about methods that militants use to sway impressionable young minds, something that is evident in his writing as well.

As for Yahya Ehsan, he’s the artistic soul behind their venture, with an art style inspired by equal parts Japanese anime and western comics. His art evokes a stylistic influence of Alphonse Mucha and Abdur Rahman Chughtai, a fellow Pakistani artist.

Paasban is an Urdu comics series that addresses the phenomenon of religious extremism in our society. Guardian is the English language version of the same series. It stars everyday people in Pakistan, since the creators felt they could be relatable to the average Pakistani reader and based on the story they had to tell. Gorgeous and clear art with razor-sharp dialogue make this series a must-read for Pakistanis.

15,000 copies of Paasbaan were distributed in schools around Lahore in June 1st 2015

To commemorate the heroism and acts of valor of our soldiers in the 1965 skirmish, CFX Comics has also debuted Haider : 5 Days of Glory. This one chronicles the story of Major Aziz Bhatti, with a somber art style that is in line with the war footage from that era.

To read these comic series today, you can head to your local bookstore for the pristine paper version.

For Smartphones running iOS and Android, their mobile app has got you  covered. Though CFX Comics relies on donations to fund their efforts towards countering violent narratives in societies, downloading their mobile app can help them realize the goal.

With many comics creators like Team Muhafiz, Lucid Concepts and various others spearheading a soft image of Pakistan that’s so not in tune with the mainstream media narratives on Pakistan, this scribe feels that in light of sustained efforts like these, Pakistan’s image problem has the potential to be countered. Granted that all such changes need to be followed by efforts on the ground, there is cause to be cautiously optimistic about this. Hearts and minds, people.

Still need more cause about comics ushering in a better change for Pakistan? Ask the diverse fanbase behind Kamala Khan, the new Ms. Marvel by Disney/Marvel. In the span of one year, this character has become a fan-favorite, with talk of including her in the Marvel animated series (or even the movies!). The humor and family aspect on that book about a shape-shifting Muslim Pakistani-American teenager from New Jersey will completely win you over in no time.

You can visit CFX Comics on the web here