Thanks to biometric re-verification of SIMs, cellular mobile operators were able to register branch-less banking mobile accounts with a single USSD code allowing them to grow the total number of branchless banking or mobile wallets by almost 40% during first three months of 2015.

According to stats released by State Bank of Pakistan, number of mobile wallets in Pakistan rose to 7.54 million during Q1 2015, up from just 5.41 million mobile wallets by end of December 2014.

However, on the other hands, Active-to-Total BB accounts ratio fell to 20% in this quarter from 43% in the previous quarter, hinting that those who opened the accounts through single USSD code (usually to avail some incentive offer from telcos) didn’t maintain or operate the accounts. 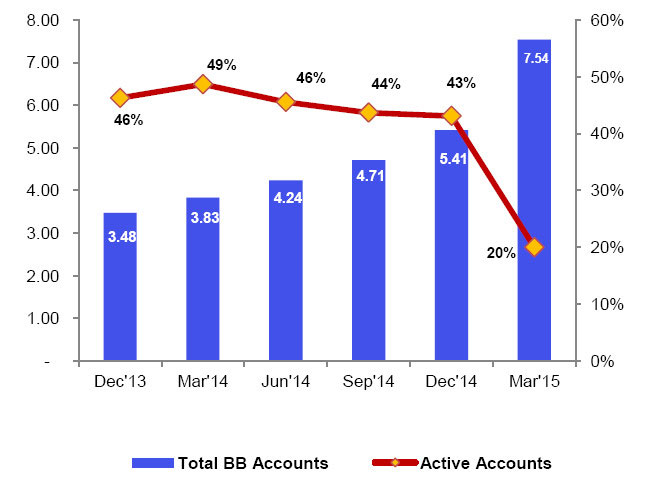 The volume of branchless banking transactions grew to 72.5 million with a slight increase of 1% from last quarter, whereas the value of transactions fell by 4.8% to Rs 354 billion.

This decline in value of branchless banking transaction is mainly attributed to 75% decline in G2P payments, 98% decline in loan disbursements and 47% decline in mobile top-ups, SBP stats said.

The customer-oriented transactions, whether through m-wallets or OTC, contributed 94% in volume and 65% in value of the total BB transactions; while the remaining were agent-based transactions for liquidity purposes.

Over the counter transactions continued to dominate customer-oriented transactions. Against their share of 86% in volume and 88% in value during the preceding quarter, OTC contributed to 88% and 82% respectively in this quarter.

The value of m-wallet transactions experienced a 34% growth, scaling up from previous Rs. 25.5 billion to Rs. 34.2 billion in this quarter; primarily due to a 49.3% and 116% increase in funds transfers and cash deposited in m-wallets respectively. However, their volume witnessed a decline of 18.5%, falling from 9.7 million to 7.9 million in this quarter.

The average size of transactions decreased to Rs. 4,883, from Rs. 5,181 in the previous quarter; which continues to endorse the fact that the low income socio-economic class is using the branchless banking as a primary channel to satisfy its domestic remittance needs.

The number of agents rose to 229,645 from 204,073, demonstrating a sizeable increase of 12.5 %. Likewise, the ratio of active-to-total agents also demonstrated encouraging performance by scaling up 2%, resting at 80% from the prior quarter’s 78%.

The branchless banking deposits climbed to Rs. 6.8 billion, showing a steady increase of 3.3%. However, as mentioned above, the account activity ratio experienced a sharp decline, falling from 43% to 20%.

Whilst the BB players are striving hard to penetrate into the unbanked geographic segments, by increasing their BB customers and strengthening the agent network; it is also critical for them to diversify their product mix and cross-sell products to boost the usage of accounts, since opening of accounts without usage shall not serve the national strategic objective of financial inclusion. 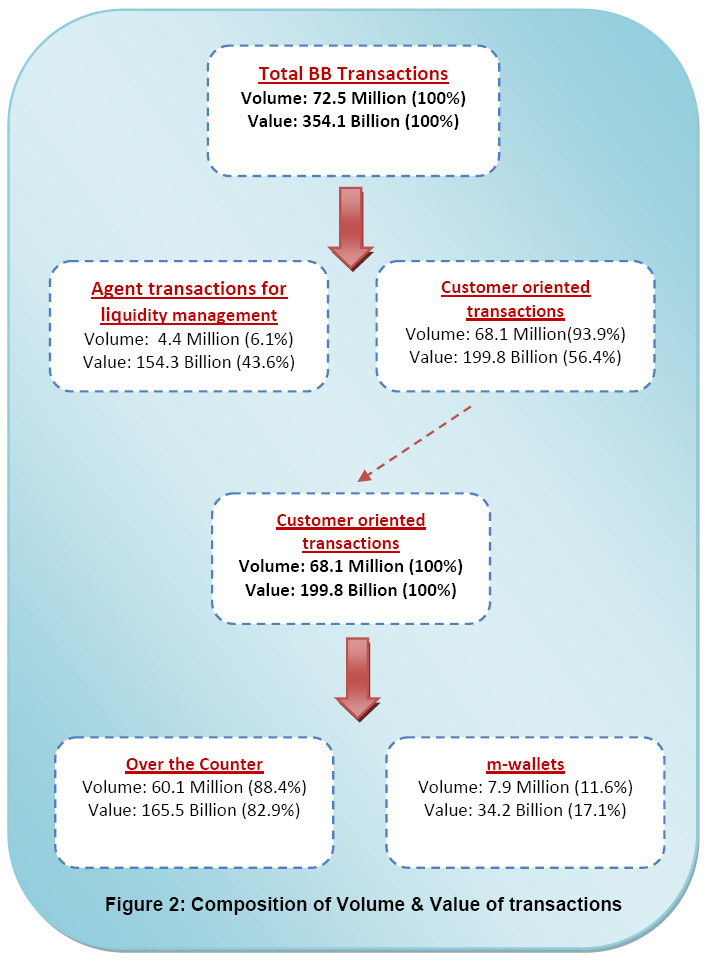 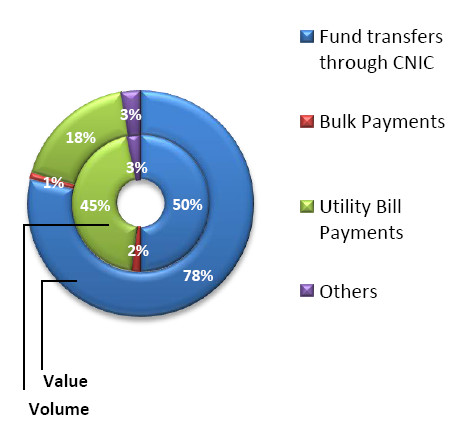 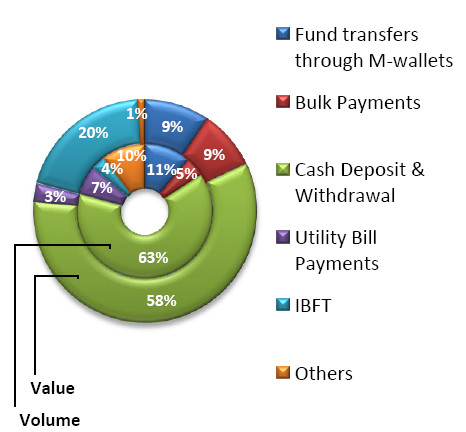 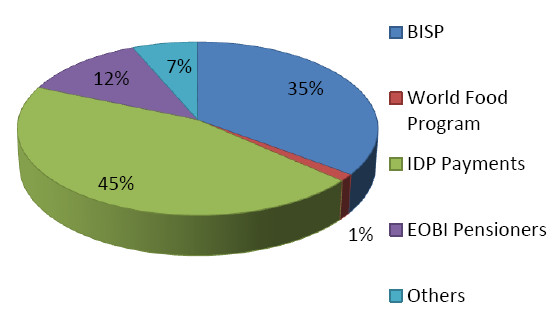