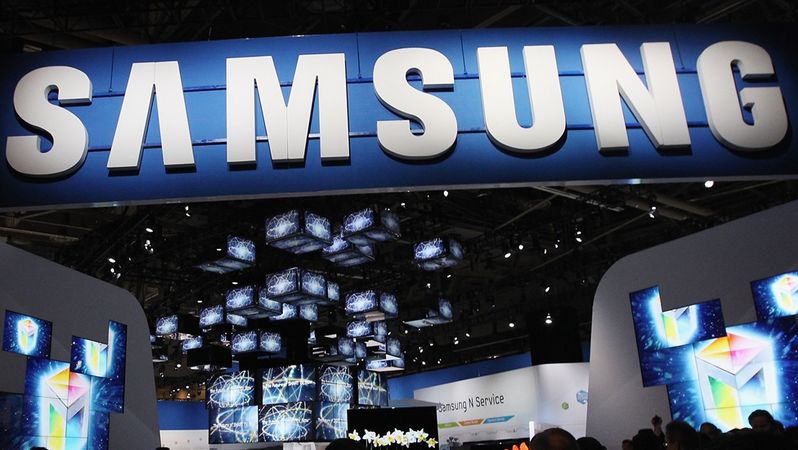 With everyone apparently transfixed with the thoughts of creating Surface-lookalikes, Samsung is the latest one to throw out its effort. Its Galaxy TabPro S clearly shows seriousness about the idea.

Though it doesn’t usually use the ‘Galaxy’ name for Windows devices (it has the forgotten ATIV for that), it is what we’ve got. The TabPro S is first Windows 10 tablet from Samsung and as its first effort to clone a Surface, it is not as bad as you’d expect.

The display, always the centerpiece in a Samsung creation, is the star attraction here too. A 12″ Super AMOLED panel, it comes with 2160 x 1440 resolution and as bright colors as you expect from any Samsung device.

Under the hood, you’ll get an Intel Core M processor, equipped with 4 GB worth RAM and 128 or 256 GB storage. Design-wise, the TabPro S is thinner and lighter than the Surface line itself at 6.3mm and 698 grams. The fanless design features only a single USB Type-C port but an additional hub with HDMI, Type-A and further Type-C ports can be brought.

Battery life is quoted at 10.5 hours. GPS and NFC have found a way, alongside Wi-Fi 802.11ac, Bluetooth 4.1, dual 5 MP cameras and even optional LTE (cat.6). It will be available in February but pricing is still not known. 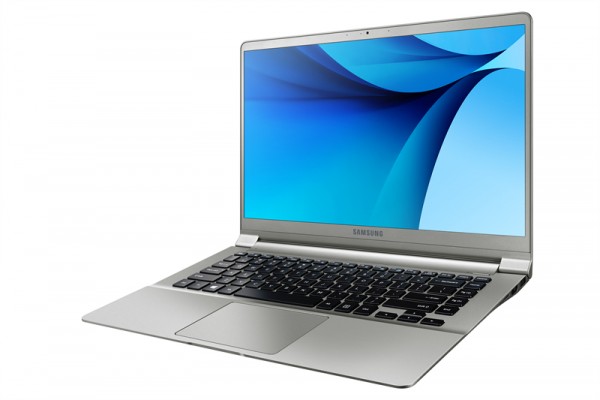 This obsession with design doesn’t end with the TabPro S. Samsung also unveiled a 13″ laptop called Notebook 9 with the svelte ergonomics that can rival the new MacBook. At just 1.85 pounds, it is one of the best-looking machines around.

There’s also a larger 15″ version that weighs 2.84 pounds. The display comes with 1080p resolution, with a low-voltage Core i7 processor under the hood. That is accompanied by 4 or 8 GB worth DDR3 RAM, 128 or 256 GB storage and 2 USB 3.0, microHDMI, mini Ethernet, mini VGA and SD card reader. The 15″ variant even has a Type-C port that supports faster charging.

Pricing and release dates are not known as of now. 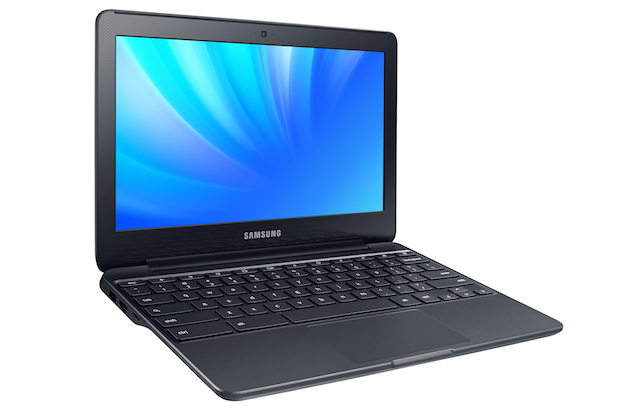 Samsung’s final laptop is the new Chromebook 3, that is yet another budget ChromeOS running system.

Home Appliances Are Finally Getting Some Love 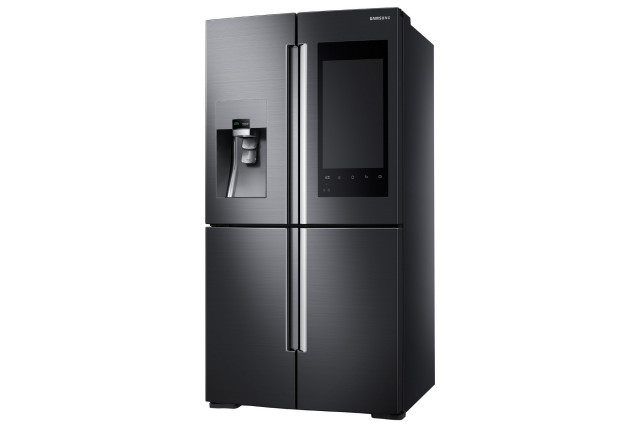 These things are such a vital part of our lives everyday, yet do they ever get the love or credit we owe them? These things are home appliances and Samsung is sure trying to keep them relevant and attractive.

The $5000 smart fridge comes with a large 21.5″ touchscreen that runs on Tizen OS. On the surface, you might mistake it for Android with capacitive buttons underneath, though.

But it is more than a fridge actually. It has a shopping app courtesy of MasterCard which allows you to buy groceries from multiples stores. There is an in-built music app, Pandora and even a speaker. You can set up reminders, watch YouTube and do more. It can also display recipes and has a special “FlexZone” that can work either as a fridge or a freezer.

Samsung showed a washing machine, whose defining feature is its ability to accept a piece of laundry after the washing has started. It even showcased a discreet-looking belt (called WELT) our waist-size, eating habits, measures sitting/other activities and even the humber of steps you take.

With the lukewarm reception that Oculus’ Rift has received in the past few hours, it is Samsung which is trying to capitalize the most by rolling out its own controllers to acclaim.

The controllers can be used for any kind of actions you’d expect from any ordinary controller, but more is possible as evident from a video by Samsung’s Newsroom. Demonstrations like that and of a virtual keyboard seem straight out of a movie like Minority Report, rather than a technology firm. We should hear more about these soon.