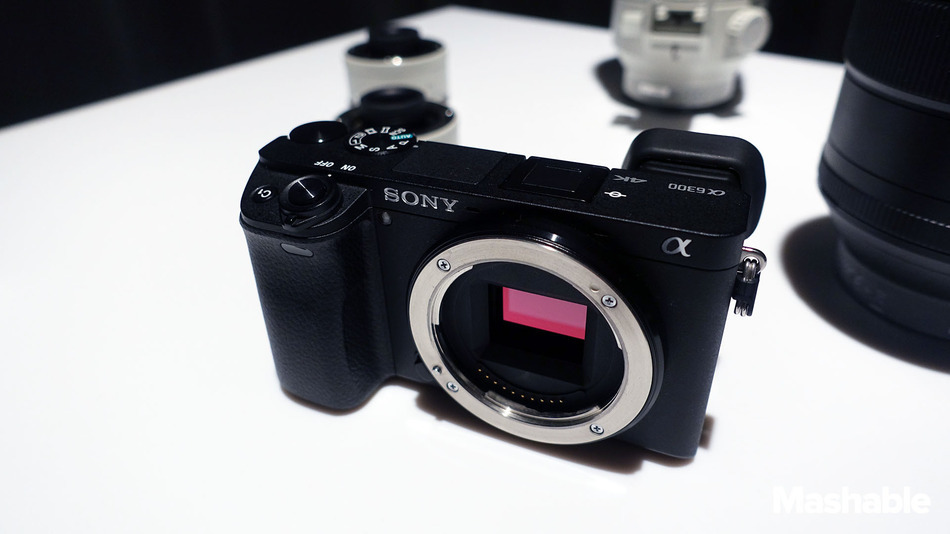 Sony has just unveiled one of its most-awaited cameras of the recent era with the new A6300. The new mirrorless comes with the world’s fastest autofocus time of just 0.05 seconds, as well as the ability to shoot 4K video on Super 35mm.

The camera comes with a new 24.2 megapixel APS-C Exmor CMOS Sensor along with the BIONZ X image processor. It allows continuous shooting at 11fps and has an impressive ISO sensitivity range of 100-51200.

Other than having the fastest autofocus ever when coupled with an APS-C sensor, the camera also adds more autofocus sensor points on the image sensor than any other EVIL camera around, and utilizes this in the new “high-density Tracking AF” mode which activates 7.5x more focus points on its subject than the A6000. Overall you have 425 phase-detection AF points.

The new XGA OLED viewfinder has 2.4 million dots – twice than before – as well as clean HDMI out and enhanced Zebra Function. The LCD monitor at the back is a 3” 921K dot panel with the ability to rotate 90-degree up and 45 degrees down. Connectivity options also include Wi-Fi and NFC, as well as support for the PlayMemories Mobile app on iOS/Android.

Another major feature here is the ability to shoot 4K UHD videos at 30fps, both internally to an SD card and externally, as well as support for the better Super 35mm format, which essentially doesn’t let any pixels go to waste and amplifies it for better output. Support for XAVC S codec is also home while autofocus here too is twice as fast. You also get the option of shooting Full HD 1080 x 1920 videos at up to 120 frames per second.

Lastly, the new magnesium alloy construction brings better longevity against dust and moisture. The A6300 will be released along with the new G Master lenses at a starting price of $1000 for the body only, or with a (non-G Master) 16-50mm F3.5 – F5.6 kit lens for $1150, starting this March onwards.