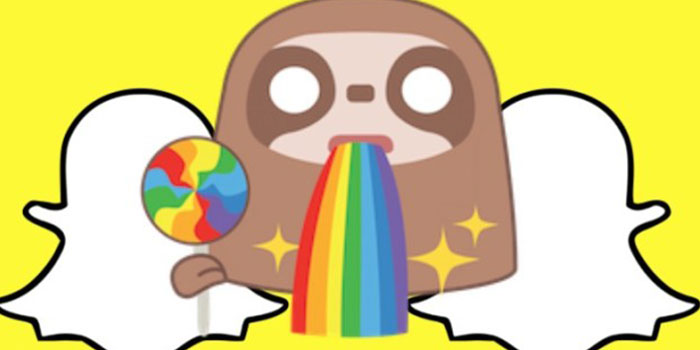 Snapchat, the popular chatting app, has gotten major design changes and a lot of new features have been introduced. The previous chat features also get a slew of multimedia features. This update had been in the rumor list for quite some time now. The new update is being called Chat 2.0 by the company.

The long awaited stickers have finally been added. More than 200 stickers including Snapchat’s signature ghost, aliens, walruses, sloths have been introduced for the first time in the messaging app. Snapchat took a leaf out of Facebook’s book and just like the Messenger, offers these stickers to be searched using a keyword. 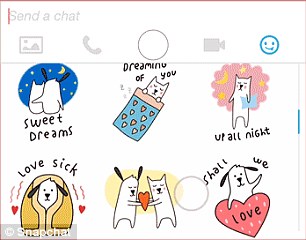 Switching between communications mediums is easier too, thanks to a simpler controls setup. Starting a video call or dialing someone who is not in an ongoing chat is now a simpler experience. Changing between audio only or text-only chats and going back and forth from video to audio during chats is also possible now.

Users can also send reactions to their friends if they do not answer a call. Reactions can be short audio or video notes which are sent to the receiver as soon as they reconnect their app.

Messaging screen gets a new chat feature, a direct access to the camera roll, a first for Snapchat. Tapping on the photo icon takes the user to a gallery of photos and videos, directly shareable during chats. The same can also be accessed during video chats, letting users send photos as they communicate over the video channel. The receiver gets the photos with a popup notification as soon as the video call ends. This unique feature aims to get users to switch from popular video calling apps like Hangouts, Facebook Messenger or Skype. Snapchat stories can now auto advance allowing for hands-free viewing experience.

Snapchat was introduced in May 2014, allowing users to communicate using self-deleting texts and videos. Video chats worked only when both users were present concurrently and ended as soon as users removed their finger from the screen. Recently, Snapchat announced it had reached 100 million users but it started getting more competition from improving rival apps like Facebook Messenger, WhatsApp, and Skype around the same time. With this release, Snapchat 2.0 is an attempt at reviving Snapchat’s growth amongst the rising competition.