Have you ever expressed love to your mother? Do you celebrate Mother’s Day? To find out the answers to these questions of young Pakistani, UCWeb conducted a survey on April 29th among mobile netizens, on the occasion of International Mother’s Day using its UC Browser, the mobile browser in Pakistan with over 38% market share as per StatCounter.

Surprisingly, the young generation is not reluctant to express love to their mother, not only on Mother’s Day, but also in their daily life. According to the survey, over half of Pakistani young generation celebrates Mother’s Day, over 85.2% have expressed love to their mother and only 4.6% are not willing to. This survey collected responses from 72780 Pakistani mobile internet users, 75% of whom are under 30 years old. 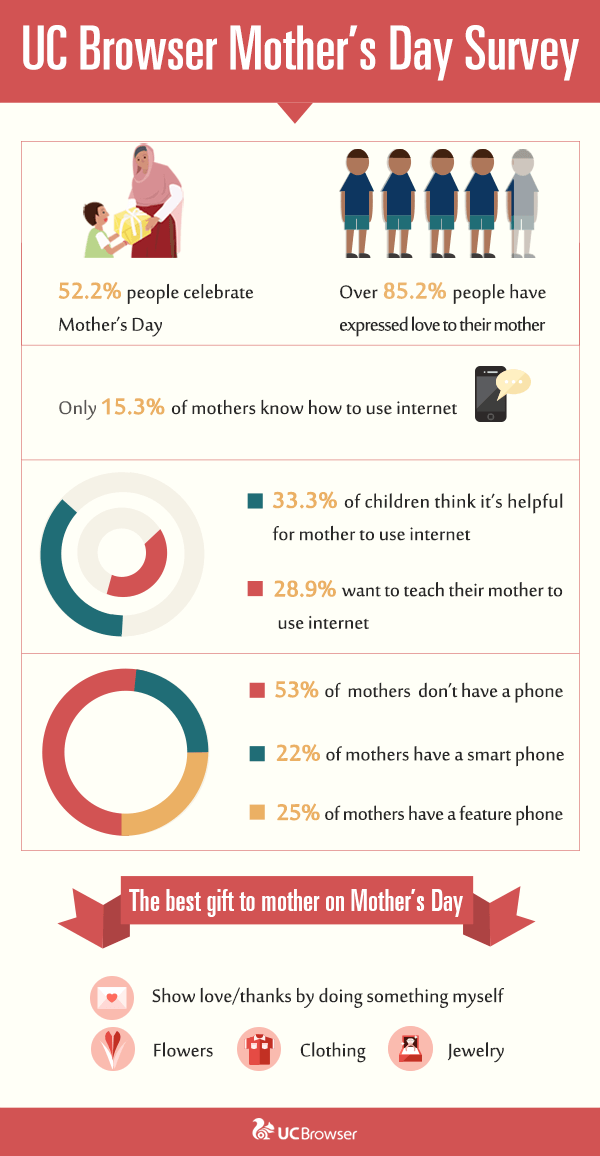 This survey also revealed some findings regarding mother’s situation in the Internet Age. Almost half of mothers have a phone and only 15.3% of mothers know how to use internet. When asking about their opinion on mother’s using internet, only 33.3% children think it’s helpful for mother and 28.9% children showed the willingness to teach their mother to use internet.

As for the gift to mother on the coming Mother’s Day, the survey showed that the Pakistani No.1 choice is to “show love/thanks by doing something myself”. In this case, UC Browser launched on its social media campaign on May 7th, the day before Mother’s Day, asking people to show their love to mom by doing a special thing on this Mother’s Day.

The full survey is available at: http://bit.ly/MothersDaySurveyPK