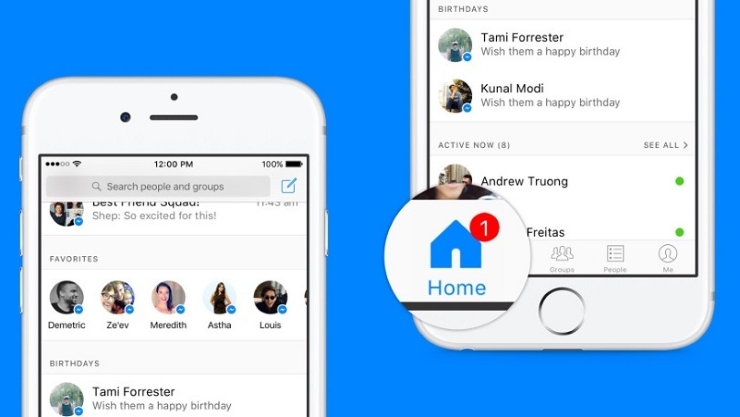 SMS integration for Facebook’s messaging app, Messenger, was added via an update just a couple of days ago. The update rollout is expected to complete by today but David Marcus, Vice President of Messaging Products, just announced that there are more features to come.

David said that inboxes have always been the same dull list of threads with the most recent at the top in descending order. Facebook Messenger is all set to change that.

With over 900 million people using Messenger, and increasingly more businesses and services, we wanted to make the inbox a really fast and useful place for you to find relevant people and conversations to start or resume.

This is why we’re excited to begin the roll out of your new home on Messenger.

The home window for Messenger has been revamped. It now includes some useful extras. 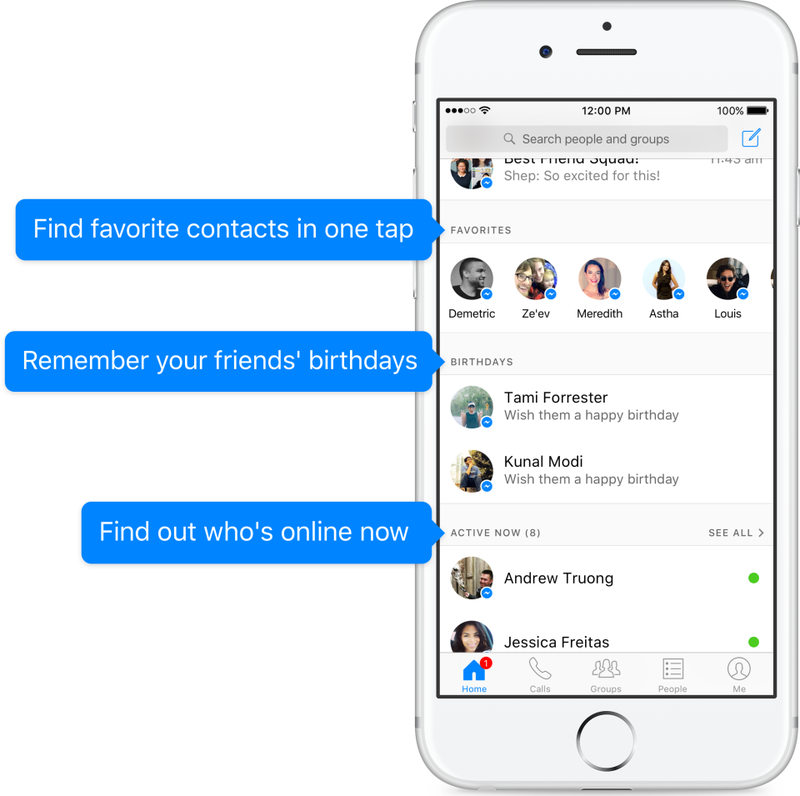 Tap on the favorites to chat with any of the favorite contacts instantly, instead of manually searching for them in the contact list.

The Active Now feature is also quite useful as it will save you the trouble of checking who’s online and who’s not manually by tapping on the contact you want to check on.

Forgetting that one friend’s birthday every time? Facebook Messenger will now show you the birthdays of your contacts right on the Home screen making sure you don’t forget it.

You can also return to the Home screen while in a conversation by tapping on the home button on the top left corner of your screen.

Facebook has been pursuing an aggressive policy to get people to use its mobile apps. It annoys mobile users who are using messaging via the Facebook mobile website with a message stating “Your conversations are moving to Messenger”.

The SMS integration and the added new features of Messenger are made to provide better functionality for users, after they were practically forced to move the Messenger for their chatting needs instead of the Facebook app.

With over 900 million users, and close to over 1 billion users on WhatsApp, this push towards an app based ecosystem does not come as a surprise considering that Facebook has more control over the users via the apps they use. Getting more information about the users is easier via an app rather than from a web browser.

What is your take on this?