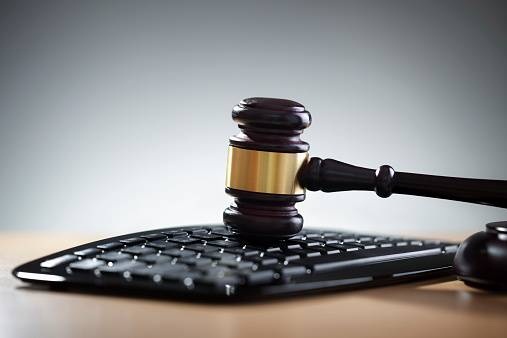 On Wednesday, the first E-Court of Pakistan was inaugurated by Judge Sohail Nasir at Accountability Court Number 3 in Rawalpindi.

The court system of Pakistan is largely outdated and infamous due to its slow process of dispensing justice. This E-court is a first of its kind in Pakistan, aimed at ensuring the provision of speedy and inexpensive justice to the people.

Rawalpindi Accountability Court Number 3 has been turned into an E-court. Now, special cases from inside and outside the country will be heard here, and the statements of the witnesses will be recorded via Skype.

The E-court will make use of online communication. If some witness cannot come to the court (for instance the elderly or disabled, or an overseas witness), the court can record their statements online.

This is also valid for an officer in the government department who remains engaged in official work. The e-court can facilitate them as well.

These measures are expected to remove unwanted delays caused by the unavailability of witness or any person related to a case, a usual occurrence in Pakistani courts.

Accountability Court No.3 Rawalpindi Registrar Muhammad Salman Arshad signified the importance of this court for being the first in Pakistan’s history.

It should be mentioned here that the e-court in Rawalpindi is working under the control of the Federal Government.

On the first day, Judge Sohail Nasir listened to the Modarba Case. He recorded statements of two important witnesses residing in two different cities in the country through Skype.

According to the details of this case, the court imposed ‘Fard-e-Jurm’ against the two accused, named Muhammad Arshad and Muhammad Nazir involved in fraud of Rs 32.49 million.

The accused denied allegations leveled against them by saying that they were innocent.

The witnesses, namely NAB official Shoaib Mehmood and SECP Registrar Shaukat Hussain were out of city but had their statements recorded through Skype communication.

NAB prosecutor Waqar Abbasi said that 37 complaints were registered against two criminals for looting innocent people. He said that the accused started their business in 2012-13 from Taxila, under the name of Islamic Investment Company.

“We have arrested one accused Muhammad Arshad but his brother Muhammad Nazir has been declared proclaimed offender in this case.”