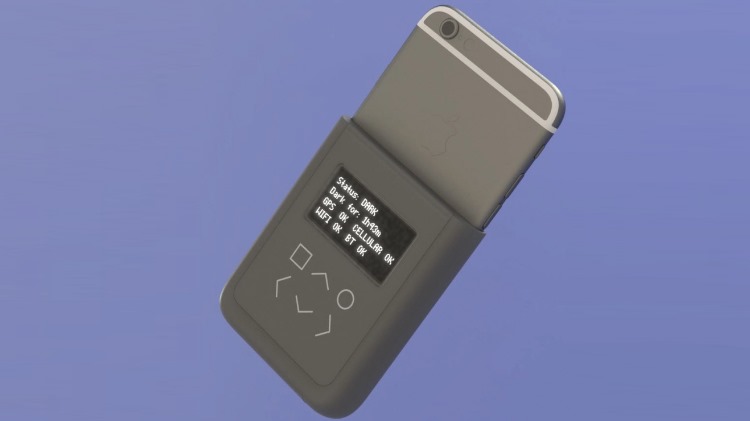 If you are worried about being monitored by your government, worry not because a new phone accessory courtesy of Edward Snowden could be coming your way. Designed for the iPhone, the case attaches to the phone’s back and tells you if your phone is under surveillance.

The case is being targeted at journalists and rights workers and is being built in collaboration with hacker Andrew “Bunnie” Huang. The product itself is amazingly simple.

It comes with a tiny mono-color display and has its own battery. It has wires which reach the SIM card slot to attach to the test points on the circuit board. They track signals being sent to the phone’s antennas with the SIM card itself on a new slot inside the case.

The SIM card slot of the iPhone features two antennas that are used by the phone’s GPS, radio and Bluetooth. The case notifies you if it detects these antennas sending data when they’re meant to be off by triggering an alarm, sending alert messages or turning the phone off automatically.

As the duo has explained, this is a better solution compared to simply turning on the airplane mode, as it has been shown to be vulnerable. The case will still allow the user to record audio or video with radio signals turned off so it shouldn’t hamper coverage.

A prototype is said to be out by next year with journalists being covered afterwards. Anyhow, it certainly is one of the most unexpected things we’ll see all year.