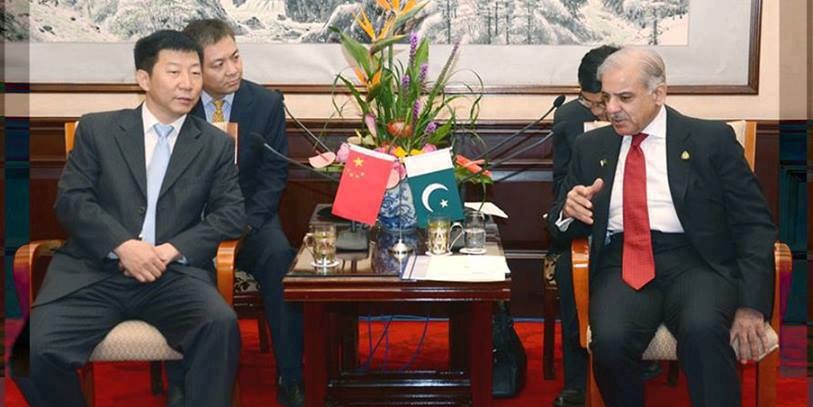 Chief Minister of Punjab, Shahbaz Shareef, has offered free land to Chinese investors who will invest in Punjab. This offer was made during the Punjab-Qingdao Business seminar yesterday during Shahbaz Shareef’s visit to China.

Best facilities and technologies were promised by the minister to the Chinese industrialists as well for the plans to shift several industries to Pakistan. The seminar was attended by various Chinese officials, industrialists, investors and businessmen.

Jehanzeb Khan Chairman of Planning and Devlopment and industries secretary Khalid Sherdil briefed the audience in the seminar about the facilities that the provincial government will provide for the investors and industrialists.

Shehbaz also met with the Communist party’s Secretary in Qingdao, Li Qun. Agreements and memorandums were signed during the meeting between Punjab and Qingdao.

A joint group between Punjab and Qingdao will be set up to explore possibilities of cooperation in different sectors. MOUs were also signed between the Punjab industries department and investment board with Qingdao.

The investors weren’t far behind and signed agreements between Punjab and Qingdao for setting up industrial states, economic zones, transport, improvements in textile sector, infrastructure, e-commerce with technical and vocational training. Total signed agreements and MOUs were 20 and 25 respectively.

After the China-Pakistan economic corridor (CPEC) program, this one seems to be the second biggest investment and co-operation program between the two countries and will most likely bring about improvements in our industries provided that they aren’t hindered by the lack of resources that plagues Pakistan.