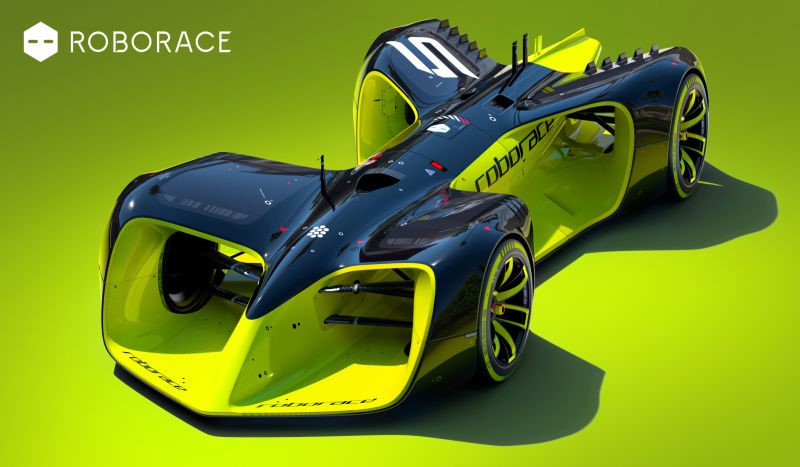 Here at Propakistani, we may not cover automotive news everyday but like all good people we appreciate good stuff when we see it. And hey, what is a tech geek that doesn’t appreciate quality stuff when he sees one!

The next few months will witness a new experience in self-driving technology which is not coming from the likes of Google, Tesla or BMW. With Formula E’s third season almost here, in a unique twist the most exciting aspect about the world’s first all-electric racing series won’t be the championship itself.

To get people enamored with the idea of autonomous cars, what better way to introduce them through the world’s most-futuristic race cars preceding the main racing event. We are talking of course about Roborace.

The support series for Formula E will be the first of its kind championship for autonomous cars and will precede the main electric race event at every race throughout the year. And a sight to behold it will that be. Enough to rouse the inner nerd certainly because just look at this beauty: 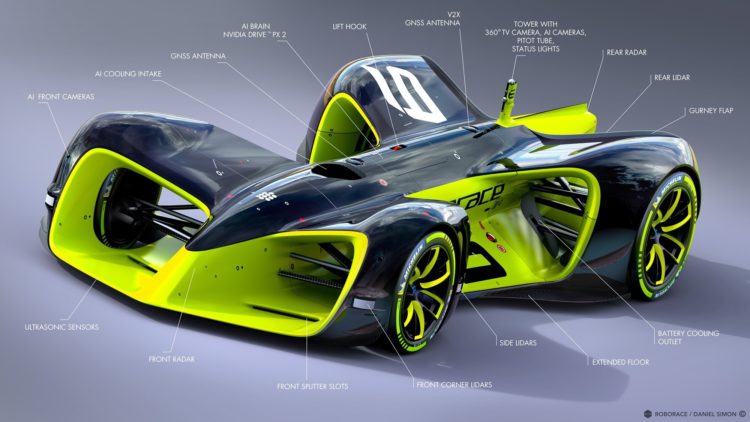 Designed by the same guy who gave you the Tron Light cycle, Daniel Simon, the racing car is unusual looking, understandably as there is no cockpit. There is a massive two-step front wing with active aerodynamics to generate downforce, with similarly outrageous bodywork to cover the huge rear tyre. To say that this looks anything unlike any race car feels inadequate; it is simply in a league of its own.

Don’t let its looks give you a whiff of gimmick, though. These cars are fitted with tons of sensors throughout, including LIDARS (laser radar) and good ol’ radars throughout, with a 360-degree camera and LEDs towards its back. Sensors aside, the car will have an Nvidia Drive PX 2 supercomputer with 12 CPU cores capable of delivering 8 TFLOPS of performance and 24 trillion operations per second. There sure is a vent to cool it.

The Roborace car will be able to reach speeds of up to 300 km/h, or around 190 mph and is manufactured by Kinetik, which has previously built electric trucks in the UK. All race cars will follow the same spec, similar to how Formula E was run in its inaugural season. Races would be an hour long which should make them welcoming even if it turns out to be a procession of cars. 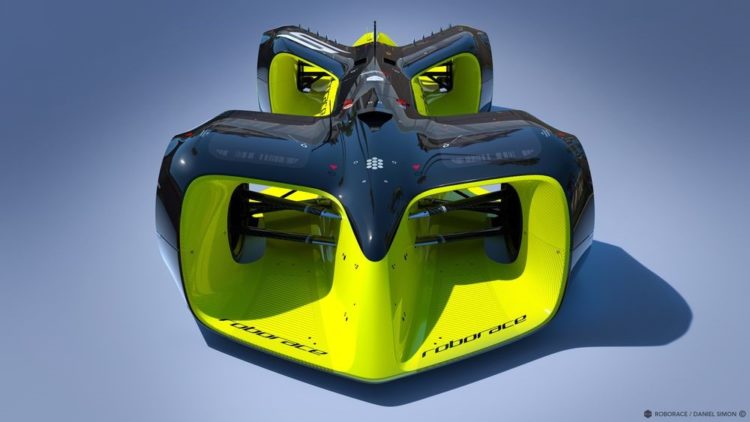 (Also, thankfully we shouldn’t see anything as that absurd Formula E pitstop. It is faster in races, by the way.)

Each team will be able to design its own algorithm using existing APIs to give their car an edge. There will be ten teams in total, each with two cars. They will be allowed to create their own racing liveries to give the cars more character.

Formula E itself is a series created two years back to intensify the rate of progress for electric cars. As a result, instead of going to traditional racing circuits, the series runs in custom-made street circuits around the world such as Paris, Monaco and London to get fans as close to the action to as possible.

Now, after two seasons of highly professional racing worldwide, the goal is to do the same with autonomous cars.

One benefit of wanting so much attention is that the racing itself is incredibly easy to follow. Race weekends are broadcast live on YouTube with highlights and full races available for your viewing pleasure, later on. Roborace will likely get similar treatment come its first season.

That, by the way, starts on October 9th, 2016 which is to say less than two months away. Whether the series will flourish in absence of a driver, the most important element in racing DNA has to be seen.