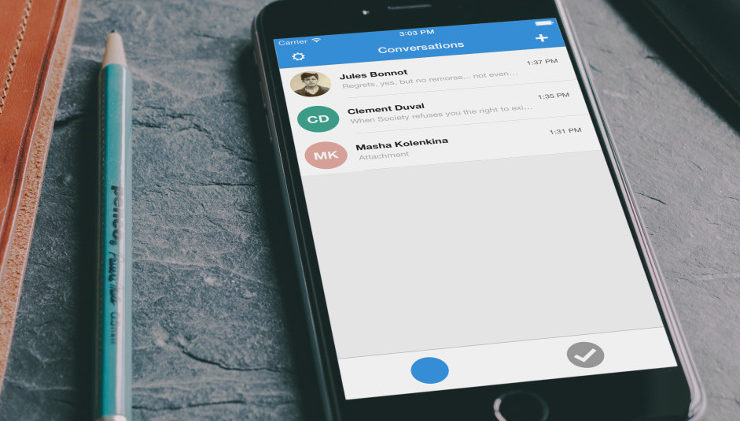 The release of Google Allo came with an assistant which keeps information right on your fingertips. The downside of the assistant was that it logged all your information to help make the experience better.

Those who valued privacy were at an impasse. Allo was also derided by Edward Snowden for not caring that much about user privacy.

If you are one of those users who value their privacy when it comes to instant messaging, then its time to give Signal IM a try. Its now out for desktops as well.

Here’s where Signal IM app comes in. It is made by a non-profit Open Whisper Systems with renowned privacy enthusiasts like Moxie Marlinspike at its helm.

They claim that they do not log your data or save your information with them.  It uses a Signal encryption protocol which encryption experts and technologists agree is truly secure. According to Edward Snowden, Signal and Telegram are the two most secure messaging apps out there and he uses the Signal IM app as well.

Telegram on the other hand uses their own encryption protocol which has a big question mark on it with regards to being actually secure. The encryption experts are uncertain about its security as well. However, for the time being their encryption method has not shown any signs of weakness in global hacking challenges carried out by the Telegram developers.

How to set it up

It uses your phone number to register you with the app and uses an SMS code for authentication. From there it links with the desktop app with a QR code, similar to WhatsApp web or the desktop version of WhatsApp.

The app’s desktop app is in beta testing right now and it comes only in the form of a chrome extension which lets you access the app any time you want without the browser, once it’s installed. The desktop beta has expanded to include syncing with the iOS Signal app as well, previously it was limited to Android only.

The app is available on iOS and Android both.

You can also download the chrome extension from here.