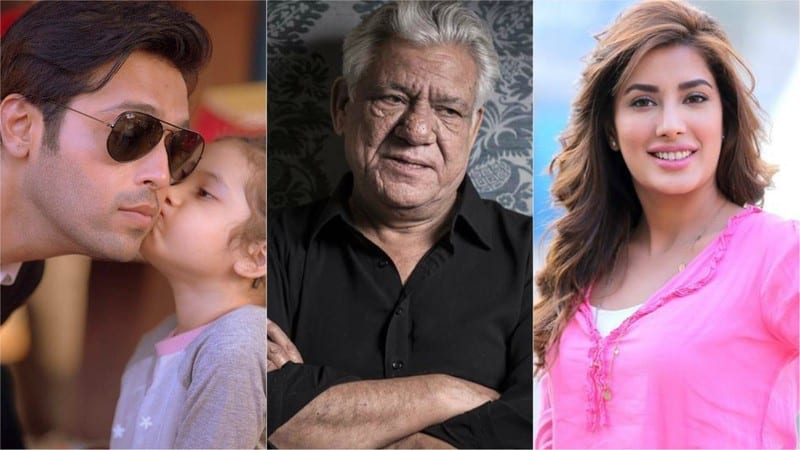 We never learn. Or at least, certain sections of the Pakistani media never do.

Recently, tensions between nuclear-armed neighbors Pakistan and India have been spilling over to many other spheres than just politics. In fact, following the ban on Pakistani artistes performing in India, Pakistani cinemas retaliated by slapping a ban on Indian films screened here.

In this backdrop, we have seen many media outlets getting loose with the truth when it fits them. The Indian media broke news of a ‘surgical strike’ that never was and now, it seems our media channels have also gone a bit overboard, even if it is over a less serious thing.

Recently, Pakistani media channels started to carry tweets from noted Indian actor Om Puri, who was also briefly in Pakistan recently promoting his film Actor-in-Law. Only one problem. The tweets quoted and attributed to Mr. Puri are not his to begin with.

After falling victim to the fake Rani Mukherjee account on Twitter, it appears trolls have fooled Pakistani media once again with fake Om Puri accounts.

As it turns out, there’s not just one fake account attributed to the Indian actor. Here is one of them @_OmPuri: 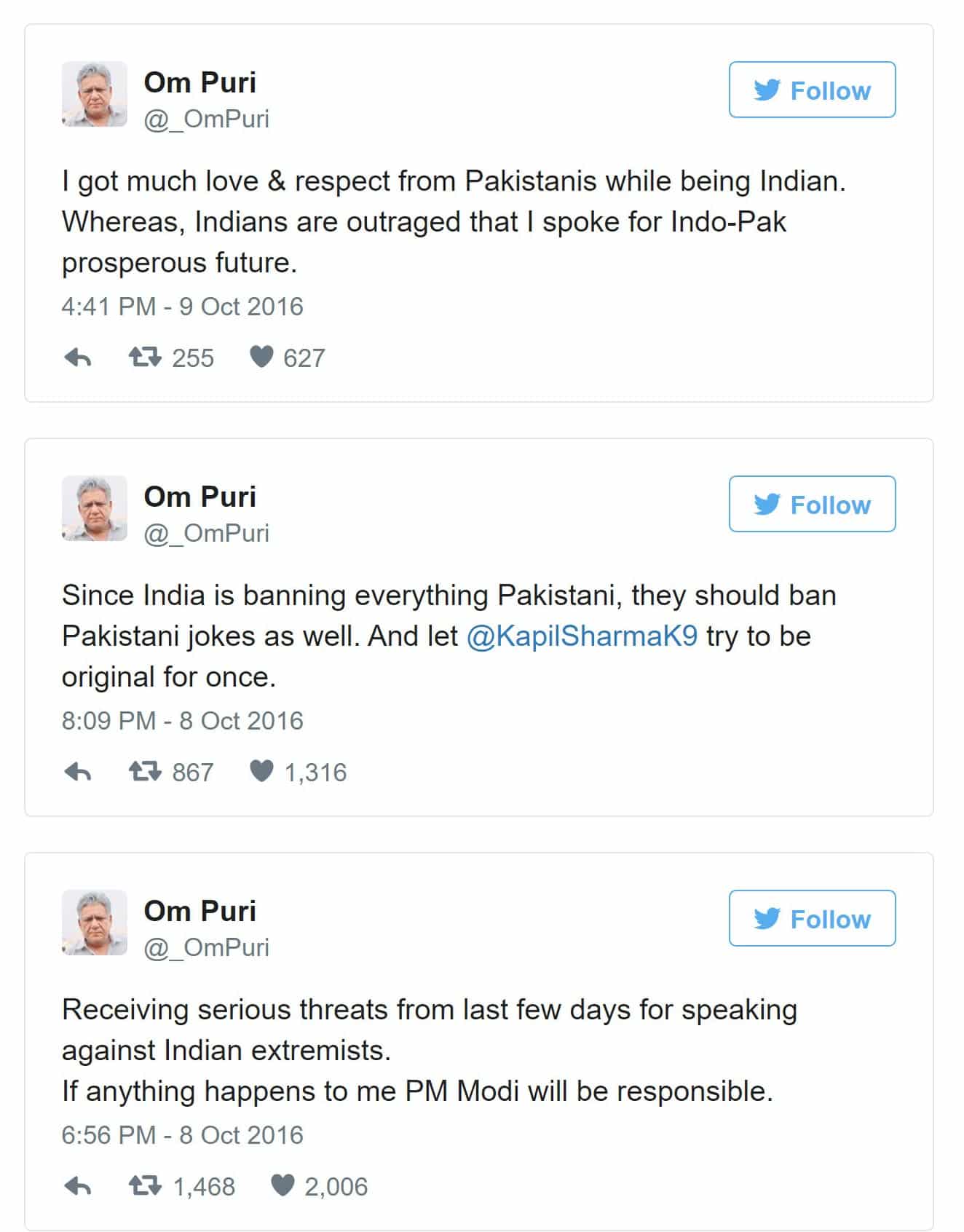 And this one is by @OmPuriSays: 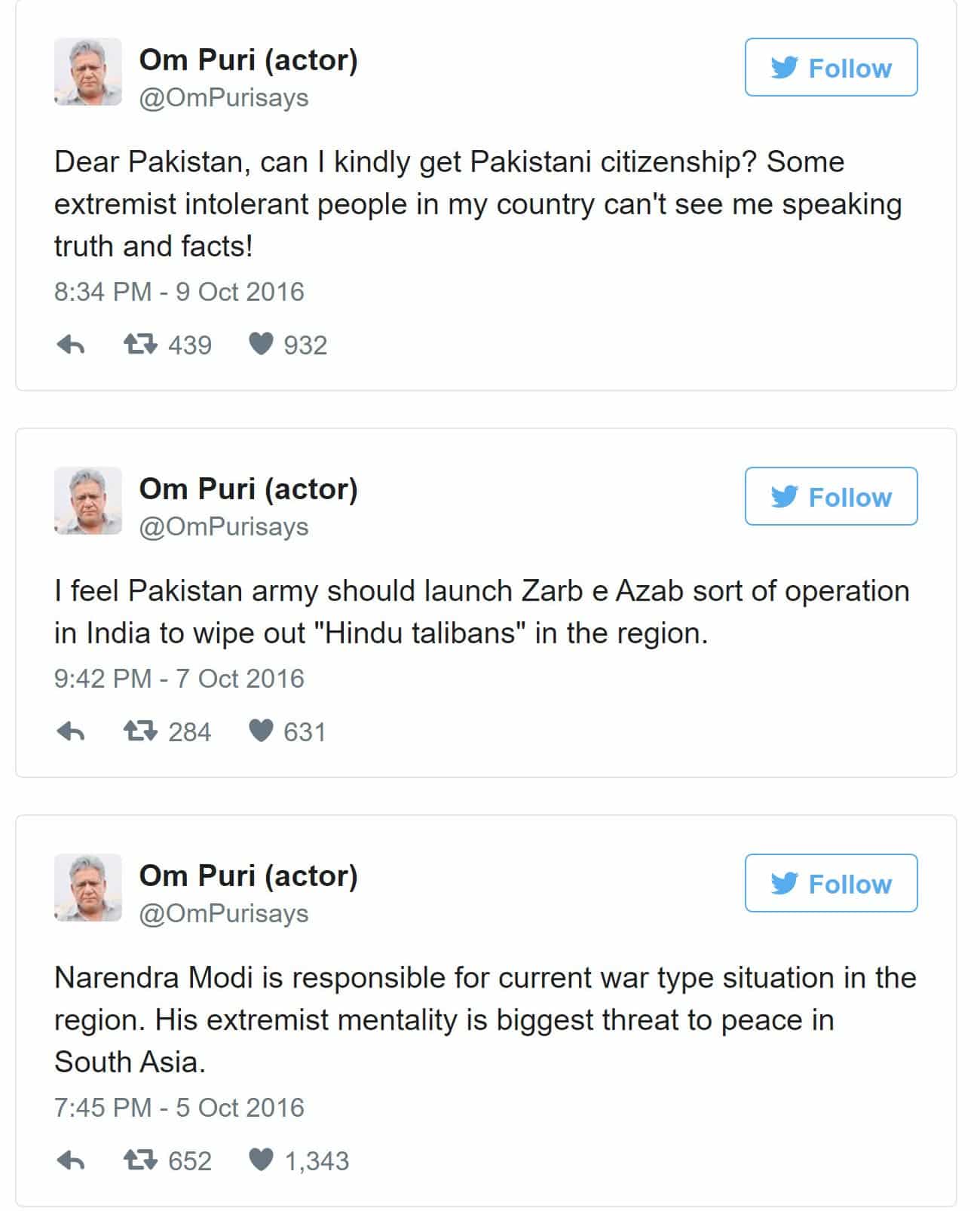 It should be mentioned that the real Om Puri has spoken out in favor of Pakistani artistes and have appreciated them as well. Pakistani and Indian media outlets have covered this development as well, though some enterprising troll has decided to get his 15 minutes of fame by mimicking Om Puri’s statements while adding some political mirch masala tweets as well.

Fake or not, its certain that Rani Mukherjee has competition on Twitter now. Or maybe all the accounts are managed by one individual only?