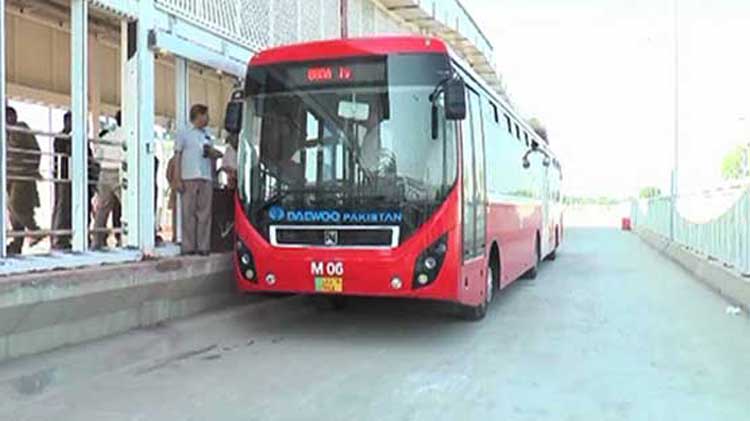 Metro bus service is now headed towards Multan where it will now be operated under another private company.

The Multan metro project cost Rs. 28.5 billion. The fare for the buses is the same as in the other cities, at Rs. 20 per token (trip) per person.

Starting Out in Lahore

The service started from Lahore where traffic jams are an every day occurrence which causes a lot of problems for everyone. The bus service was inaugurated on February 10, 2013 in Lahore. It gained immense popularity due to its low cost and timely arrivals/departures. There was an added bonus of travelling with comfort in the hot summer days with ACs in metro buses.

The trial run for the Lahore metro service was conducted on December 25, 2012. Chief Minister Punjab, Shehbaz Sharif drove the bus from Chungi Amar Sidhu to Gajju Matta during the trial run.

Islamabad, Rawalpindi Get Connected  with Metro Bus After Lahore

Construction for metro bus service in the twin cities of Islamabad and Rawalpindi was completed on June 4th last year. The fare for the cities is the same at Rs. 20 per token, per person. At first free Wi-Fi was available in all of the buses in the service. Now only a few of the buses have Wi-Fi available. A few months ago the Metro stations were severely damaged after a storm in Rawalpindi and Islamabad. This led to the service being unavailable for a few days but it was finally opened up for usage after repairs.

Trial Runs for Metro Buses Have Started in Multan

Now that the Metro service has made its way to Multan, it has started operations on trial basis in the city. Daewoo was handed over the control for the Metro Service in Multan. Rawalpindi and Lahore metro service is under a different company presently.