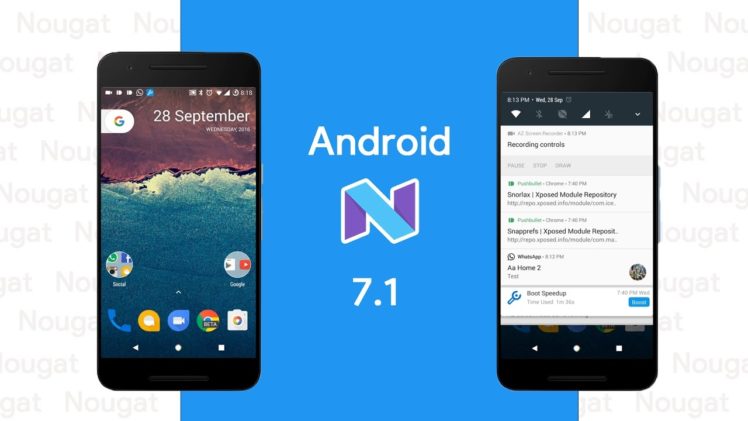 It hasn’t been long since Android 7.0 Nougat’s official update rolled out. Today, Google has released Android 7.1 Developer preview for testing out its new OS.

For now only the Nexus/Pixel phones have the new OS available for them.

Now for the features in the new version. There are basically 4 major new features that will be available in version 7.1.

App developers can now make use of resources for circular app icons to make their app icons look similar to the ones on Pixel phones. They not only look aesthetically pleasing, they also fall perfectly within the boundaries of Google’s Material Design.

The app shortcuts work just like Apple’s 3d touch works. You long press on a particular app on your homescreen and a list will appear of different options to use for that app. It is worth noting that “long-press shortcuts” were available in Android for quite a while they just weren’t implemented system wide in stock Android. They also were a little different from the ones that will be available now.

Where to get Android 7.1 Nougat

Android 7.1 developer preview is now available and can be accessed by those signed up on the beta program. This will update your phone to the same version as the new Pixel phones. You can sign up for the beta from here.

Limited to a Select Few

A select few like LG V20 and General Mobile 4G will also be running Android N. Most of the big name manufacturers are still out on the update for now. Following up on the Google’s announcement of the new Pixel phones namely the Pixel and Pixel XL, Google announced that the two phones will be running Android 7.1 instead of the 7.0 that the other phones were using.

This gave the phones an edge over other Nexus devices and all the other Android phones pretty much. Official update for the Android 7.1 is still not in sight and will still take a month or two to come out. Meanwhile you can get a taste for the update via the Android beta program.