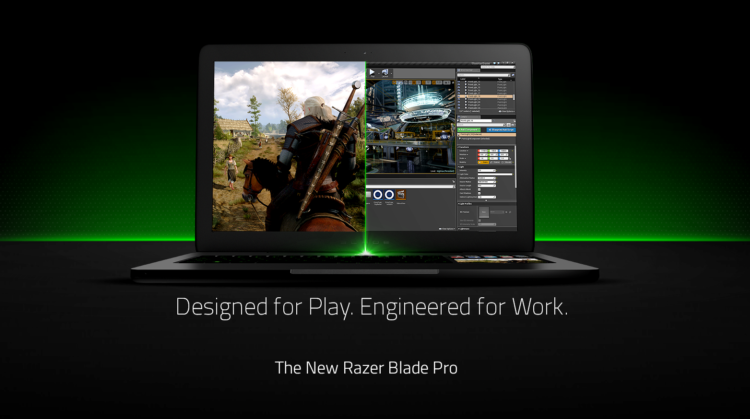 The ultimate gaming laptop might finally be here, and it doesn’t compromise on the design. The new Razer Blade Pro goes back to the Taiwanese company’s original roots by offering a 17-inch version for an even immersive experience.

The laptop’s main talking point will likely be its keyboard, which is RGB-backlit and mechanical. In fact, Razer is so ready to emphasize the importance of the keyboard that it claims a budget equivalent to an entire laptop’s development was spent on it.

Even that doesn’t stop the laptop from retaining Razer’s svelte designs. The laptop is 0.88-inch thick and weighs just 3.54kg. If you think compromises had to be made on the internals, that won’t necessarily be true, either.

Under the hood, the Blade Pro is graced by an Intel Core i7-6700HQ processor with four cores clocked at 2.6GHz. Storage choices include faster PCIe M.2 SSDs, ranging between 512GB and 2TB, with 32 GB of 2113MHz DDR4 RAM in the base model.

But the star of the show will be Nvidia’s new GeForce GTX 1080 graphic card, the only difference between which and its desktop counterpart is the slight underclocking. As a result, the Blade Pro is compatible with what is perhaps the main talking point in the industry right now, virtual reality.It supports HTC Vive, Oculus Rift and OSVR HDK 2.

The display is a 17.3-inch IGZO panel with 4K resolution, with support for Nvidia’s Gsync technology. It is also a touchscreen, of course.

Connectivity options include a high-speed Thunderbolt 3 port, 3 USB 3.0, HDMI, Ethernet, SDXC reader and a headphone jack. All the more reasons to validate Razer’s claim that this is actually a desktop in laptop’s body.

All of which comes at a cost, in this case $3,699 for the starting model. It is clear that a large portion of that is going towards making the Blade as thin as possible, and that’s what you need to ask yourself, too. Whether your usage really makes the portable experience worth it. If yes, then this is likely the best you can get, albeit for a price.