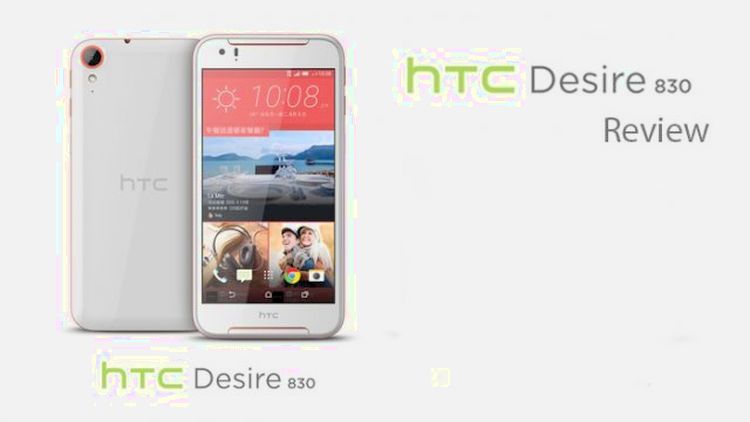 HTC re-entered the Pakistani market earlier this year and released its new lineup of phones a couple of months ago. Among them was the Desire 830, a 5.5-inch phablet which stood in the upper mid-range market segment.

HTC 830 offered top class HTC features for those who wanted something which costs less than a flagship yet performs like one.

Our initial view of the phone was a bit uncertain. While the specs look good on paper, the body and the battery life are questionable. Now that we have ample knowledge on the phone’s working, let’s delve into what’s good and bad about the Desire 830.

Sporting the same color combinations as you have seen previously from HTC, the Desire 830 definitely looks youthful.

HTC has used a matte plastic for the 830, a noticeable change over the glossy plastic used for its predecessor and the Desire 628 we recently reviewed.

The matte finish provides greater resistance against fingerprints and helps with the grip. With the weight and size of the phone in mind, the subtle change is a welcome one.

From the front, the 830 boasts a symmetrical design like the rest of the Desire lineup. The top and bottom bezels are fairly large. However, they are at least of the same size, giving the phone a symmetrical finish. Though considering the available real estate, a fingerprint scanner or off-screen buttons would have been more suited here.

The outer edges of both bezels have small openings for the HTC BoomSound stereo speakers. HTC can justify the bezels considering the added benefit in terms of sound experience.

The top bezel also features the front facing Ultrapixel camera (more on that later) and a proximity sensor.

Typical of any HTC device, one side of the phone gives room to the power button and the volume rocker, both coming with a different texture for easier access. The opposite side features the easily accessible Dual SIM slots and the micro SD card slot, which supports up to 2TB of external storage.

The company has been using non-removable batteries for a long time so access to the battery is not possible. The back features the sole 13MP camera and the Dual-LED flash while the lens protrudes ever so slightly towards the outside.

When compared with other HTC offerings, the Desire 830 is definitely a step up. Improved build quality and aesthetics are pretty noticeable. However, considering the price and the increasing competition from all around, HTC should have gone for a premium finish in order to gain an edge over its competitors. Right now, Samsung offers better builds at this price point.

HTC Desire 830 makes use of a FullHD 5.5-inch panel for its display, resulting in a pixel density of 401PPI, more than enough for a phone in this price segment. The display isn’t very bright but will get work done when outdoors. In terms of contrast, sharpness and viewing angles are all great, a feature which you will find even in HTC’s cheapest offerings.

Considering the reflective front glass and the brightness, the screen might offer a challenge. But as far as screen quality goes, it is great. So if you spend most of your time indoors, you will love viewing content on this screen.

HTC has always skinned the vanilla Android UI with its Sense skin. The Desire 830 gets Sense 7.1 out of the box which runs atop Android 6.0 Marshmallow. The company does bring out OS updates regularly so you should hope to get Android 7.0 very soon if you buy the phone now.

While the HTC optimizations go deep, they bring several new features which are missing in the stock Android version. For one, theme support is definitely welcome. Its several times better than anything the local OEMs like QMobile can offer and runs far smoother than those phones.

You get several HTC specific features like a Car Mode, which prevents the driver from focusing on the phone while driving, a battery saver mode, which can help your phone last a lot longer, and several other HTC baked software tools which make the smartphone experience a pleasure.

Performance is what you would expect from MediaTek’s ex-flagship chipset, the Helio X10. You get 8 cores, four high performance ones, four power saving cores. When combined, they are capable of pushing some serious benchmarks. All of those cores just aren’t for number crunching. You get flagship-grade real life performance. It won’t win you benchmarks against recent flagships but in day to day usage, you won’t feel any difference at all apart from a minor delay when opening certain apps, but that’s probably because flagships come with faster storage chips.

Take a look at the benchmarks below: 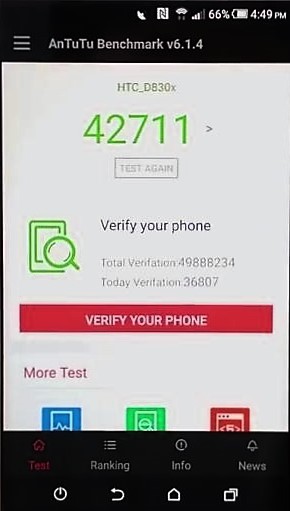 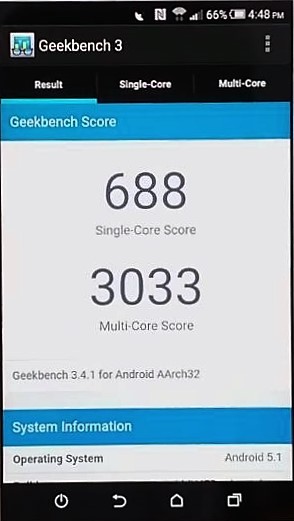 Supporting the X10 is 3GB of RAM, which is plenty for any Android user out there. No really! It is more than enough unless you have a habit of testing out whether your phone supports load-free multi-tasking with 30 apps running simultaneously or not. In terms of performance, you’ll have a hard time finding a phone which matches the 830 in this price range.

The GPU accompanying the 830 isn’t as powerful as the ones found in other phones with this chipset. While it runs great in day to day use, if you go for the most graphic extensive games, you might face a few hiccups here and there. Normal games, however, are a no sweat for this phablet.

The HTC Desire comes with “just” a 13MP camera but thanks to addition of OIS and bigger sensor size, you can expect some really good pictures whether its day or night. The f/2.0 aperture, 1/3” sensor and the OIS join to help in putting up some nice photos.

Take a look at the photos below to decide how good (or bad) the phone is when you compare it other phones in this price range.

As you can see, there is plenty of detail, albeit with some grain and noise here and there. Unless you take a look at your picture at 4X zoom, the camera does just ok for social media and daily photography.

The exposure and color rendition is very good. You get slightly colder pictures, but it’s not that noticeable. Thankfully, it does not over expose the bright spots, especially in the sky. HDR mode can also be used to brighten up the dark spots and normalize the bright areas, however, that effect is very minimal with HTC phones. You can also use bokeh effects to create that background blur artificially making your images pop more as if shot by a DSLR.

The phone suffers slightly when differentiating between dark and light spots, resulting in slow adjustments and shadows, which sometimes, come out very dark. Other than that the camera is great and we would say a job well done by HTC.

The same goes for the 4 Ultrapixel camera at the front which was, not long ago, used as the primary camera for HTC flagships. The front camera is really good too especially in low light situations. It comes with the same f/2.0 aperture but misses out on the OIS.

Still you get some pretty detailed and nice looking selfies. If front camera is a major consideration when buying a phone, we advise that you consider the Desire 830 as well. While number of pixels may not impress you, the detail definitely will.

Desire 830 supports 1080p video only. There’s no 4k options, and its not that we expected it at this price. Thanks to the inclusion of OIS, videos are really smooth on the Desire 830. It can nullify a good amount of shakes resulting in a video which looks more professional.

HTC also offers slow motion video recording. Allowing users to playback videos at 4 times slower than normal. It’s a good feature, though don’t expect much in terms of quality when viewing such videos.

Desire 830 comes with a meager 2,800mAh battery unit which isn’t what you normally expect from a phone this size. As expected the battery timings isn’t all that great. You would barely be able to last a day if you are a moderate user. Heavy users would need a charge mid-day.

HTC should have put some more juice to let the phone be a complete package. You can expect battery timings of about 12 hours with a screen on time of 3 to 4 hours at most.

The Desire 830 comes with a price tag of about Rs 31,000, which we think is above par. The performance justifies the price tag since there is very little competition in this price range.

If you can get your hands on a phone with Damage Protection Warranty and some freebies, like other HTC devices, it could make the decision much easier. If not, you can still go for the phone if you want a phone with good cameras and outstanding speakers.