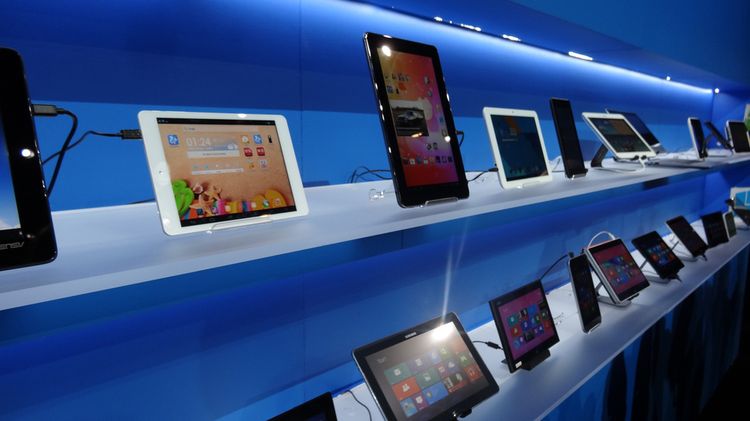 The fact that the worldwide tablet market is declining shouldn’t surprise a lot of people, given that this is how things have been for long. According to Strategy Analytics, the last quarter saw tablet sales decline by around 10-percent annually, to under 50 million.

They were once again dominated in large part by white box manufacturers who managed to capture almost a third of the market. Apple was the next in line, managing to increase its lead slightly, to 19.9 percent, thanks to a shrinking market. It still displaced lesser units, at 9.3 million, though. The company managed to increase its average selling price slightly to $459 thanks to its new iPad Pro tablets.

Samsung came next with around 14-percent of the market, while Lenovo, Huawei and Amazon were relegated to collecting the crumbs, mostly.

Though, as the market continued to shrink, the average selling price of a tablet rose slightly, by 7 percent, on the back of an ever-increasing number of 2-in-1 devices in the market.

The only company to legitimately increase its sales was Amazon, which did so on the back of its $49 Fire tablet. Overall, worldwide tablet sales stood at 46.6 million units, 5.1 million lower than the same time last year.

Strategy Analytics also gave glowing news from the Windows market, which grew by 25-percent to 7.3 million units, or 16-percent of the market, thanks to free Windows 10 licences for tablets which were led by devices such as the Surface. This came mostly at the expense of Android tablets, which saw their share decline by 17-percent to about 65-percent.