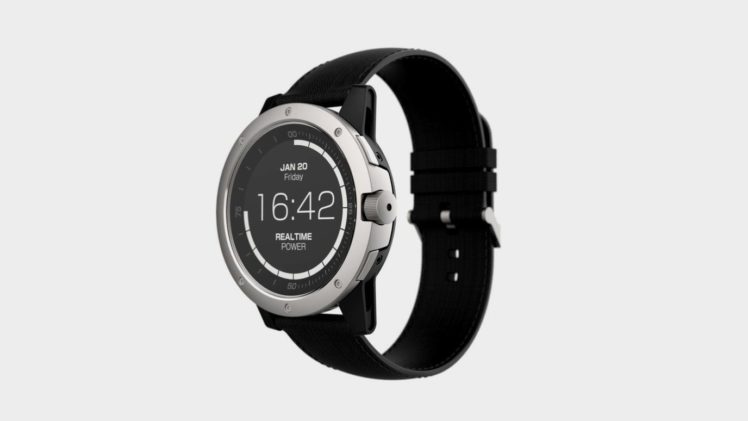 While a watch running on your body heat isn’t something new, a smartwatch doing so is unheard of.

Smartwatches of this generation do a lot more than just act like glorified Fitbits of the first generation, but they also use a lot of power to do it.

For that matter you will need to design a smartwatch that uses less power and is capable enough to be deemed a smartwatch. Nowadays people forget to charge their smartwatches and thus in the morning they end up with a dead battery. 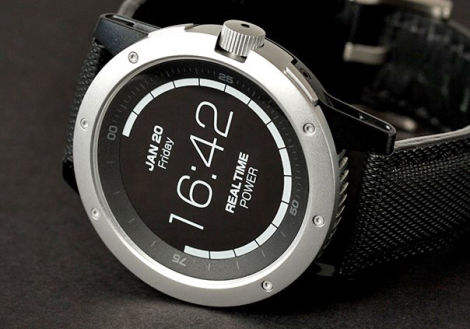 Powerwatch remedies this problem by using your body heat to work. Made by Matrix industries (appropriately named after The Matrix series which had machines use humans as their power source) the Powerwatch was designed from the ground up with power efficiency in mind. 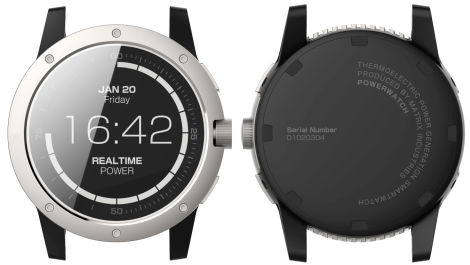 It works with a thermoelectric generator which requires one side of it to be warm while the other needs to be cold. The more difference there is in the temperature on the two sides the more power it generates. Matrix industries have incorporated this piece of tech into their watch. The back of the watch actively absorbs heat while the front of the watch is made with a metal crown and heat sinks to remain cool.

Lowest Power Processor in the World

The processor used in the watch, AMBI Q,  was specially designed and is claimed by its makers to be the least power hungry processor in the world. Aside from that the watch is so power efficient that once fully charged the watch can remain on standby for 2 years.

In terms of features it offers pretty basic ones. It can sync with your smartphone via bluetooth to set the time. It cannot show notifications or allow you to call or send and receive texts. Fitness tracking is where this smartwatch excels and it does it better than other smartwatches. Powerwatch records changes in your body heat to determine the calories burned during exercise. Other watches use heart rate monitoring and other shenanigans to do the same thing.

You can head over to Powerwatch’s Indiegogo page here. It is available for preorder for $99 while the cost will go up to $160 once it comes out.