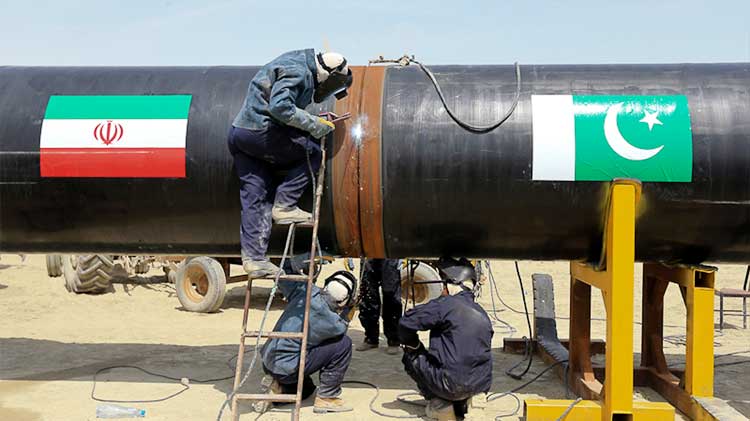 Shahid Khaqan Abbasi, the Minister of Petroleum and Natural Resources addressed the National Assembly on Tuesday and stated that the Iran-Pakistan gas pipeline project (IP project) is still facing sanctions.

Until the international sanctions are not lifted on Tehran, future progress on the project is simply not possible, he added.

The IP project has been languishing for a few decades, owing to various political and economic factors. With the United States of America reaching a nuclear deal with Iran, most people expected the IP project to move forward as well. However, progress on that front has been minimal to date.

Coming to the topic of gas load shedding in Pakistan, the Minister said that efforts are being made to meet the growing gas requirements of the country, and load shedding will gradually end over the coming years.

There has been a 40% increase in the domestic consumption of gas in Punjab and steps are being taken to fulfill the growing gas requirements. Along with the increasing population of the state, there has been a 54% success ratio for gas supply and the process will be further accelerated.

After the project is completed, Pakistan will be able to get gas through this project, this could easily help overcome the gas shortage problem Pakistan has been bearing with since many years, thus ending gas load shedding as well.

The Import of LNG

The minister, Shahid Khaqan Abbasi said that the import of LNG (liquefied natural gas) is a big achievement of the government as it is meeting the “ever increasing” energy demand. He further added that there will be a 33% increase in the import of LNG by July next year.

Because of the import of LNG, the supply of gas to industries and fertilizer plants has been stabilized. The import of LNG also made CNG available in Punjab again which was suspended earlier, stated Mr. Abbasi. Furthermore he said that the ban on new gas connections will also be lifted soon, which was imposed in 2012.