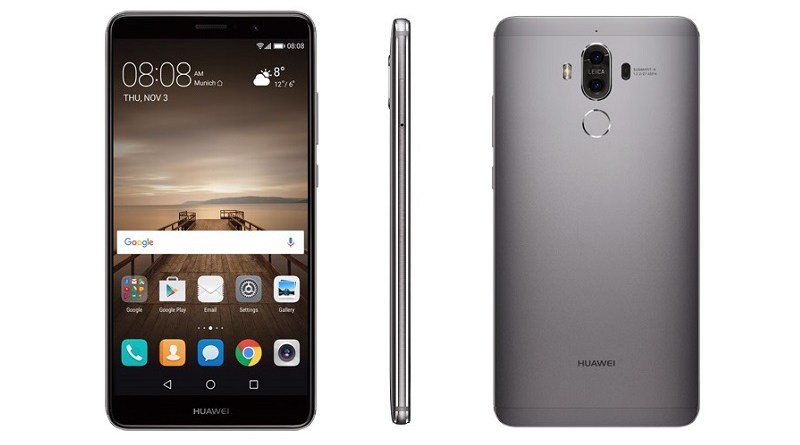 Good news for all the Pakistani Huawei fans out there. The new Huawei Mate 9 is now available in Pakistan.

The Mate 9 is quite similar to the previous model in terms of specifications, the Mate 8, barring a few significant design changes and a camera upgrade.

The design for the new Mate 9 is different from its predecessor in the terms of looks. It comes with a metal body and has no buttons in the front at all since it features on-screen buttons instead.

Just like the Mate 8, the Mate 9 also comes with a fingerprint sensor on the back.

As for the display, it features the same 1080p IPS LCD display as its predecessor. Although the screen size is now made smaller very slightly. It is now 5.9 inches big unlike the Mate 8 which had a screen size of 6 inches.

The Mate 9 comes with the same 2.4 GHz Octa-core CPU, but with a slightly better chipset, the Hisilicon Kirin 960.

The RAM and internal storage are still the same, with 4 GB RAM and 64 GB in internal memory. The external memory is expandable with a microSD, of up to 256 GB space.

Unlike the Mate 8, the Mate 9 features dual primary cameras with a dual flash right beside it. The two dual cameras are at 20MP and 12MP. The cameras can also record videos in 4K (2160p) at 30fps.

The front camera is 8MP which can record in 1080p. It doesn’t differ much from the Mate 8.

Even though they really stepped it up for the camera part, the same cannot be said about the battery. The battery is still at 4000 mAh and is non-removable.