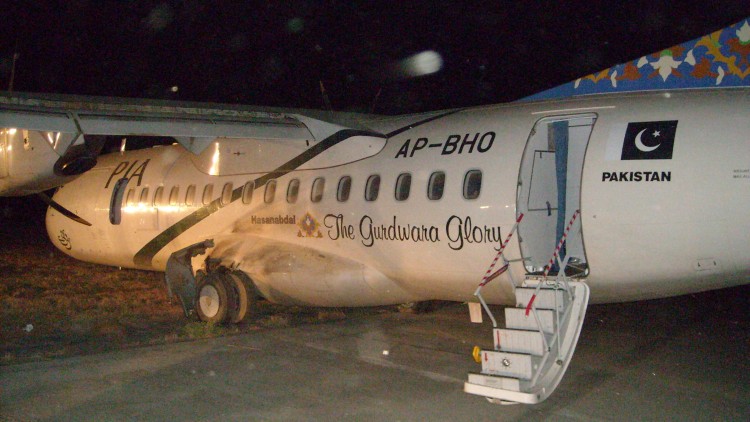 All 48 passengers on-board were evacuated safely.

Early reports are suggesting that one of the engine caught fire during push-back and when engine was being ignited.

Fire fighters quickly responded to the situation and controlled the fire after which all passengers and crew members were evacuated safely .

There were 48 passengers on-board the flight PK581.

PIA Spokesperson, however, refuted the reports and said that neither of the engines caught fire. Without citing the reason, the spokesperson said that pilot decided not to take off and brought the plane back to parking bay.

PIA spokesperson, in a statement, further confirmed that plane has been ground temporarily as a precautionary measure.

This is second incident hitting PIA’s ATRs with-in one week. Earlier an ATR plane, PK661, crashed near Havelian after pilot reported an engine failure. No one had survived the crash as 42 passengers and 5 crew members died during the accident.

PIA has said that Safety Investigation Board is in process of investigating the crash and that nothing can be said with certainty about the reasons behind PK661 crash.

This is Getting Serious

Pakistani flyers, who are left with few options to travel domestically, are calling for effective measures as PIA has failed to assure them the safe travels.

Following Multan’s incident today, Civil Aviation Authority has taken a decision of holding shakedown tests of PIA’s entire ATR fleet, and for that PIA’s all 10 ATRs will be grounded till a go ahead is given by CAA.

Until full inspection, PIA is directed to ground all ATR planes that are considered the back-bone of PIA’s domestic operations.