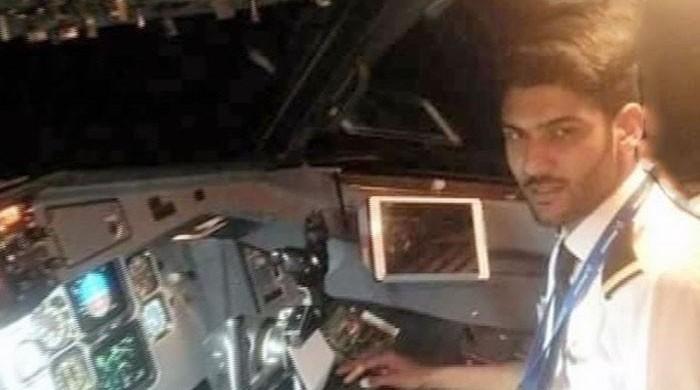 Ahmed Janjua, the co-pilot of the PIA aircraft PK661, is still deeply mourned and missed by his family along with a lot of people in Pakistan. He was the youngest brother (aged 26) of five sisters and due to unfortunate events, he perished in the ill-fated flight.

Janjua’s family were interviewed on TV and they mentioned some of the things that Ahmed used to say regarding his work at PIA.

Janjua’s family claimed how Ahmed told them that he had been working with PIA for over an year. He had often told his family members that the aircraft he was usually assigned to, the PK661, had a lot of problems including regular engine failures and how it couldn’t go above a specific height at all.

The engineering department would often force him to fly the aircraft even when it was malfunctioning most of the time, and if he tried to disagree, he would always end up in a heated argument with them.

The pilot’s family members state that PIA’s senior officers did appear at their home, but not to mourn for the deceased pilot or anything of the sort, but to convince the family to not to speak up against the airline. Family went on to allege PIA for bribing the family to keep this matter confidential.

“It’s pretty easy to show up at our houses and try to say that it was all the pilot’s fault instead of admitting that they’re the ones at fault. We all know that the engine was faulty. They knew that too. They only came to try and keep our mouths shut and bribe us.”

Moreover, the family members of the deceased pilot along with the relatives of the passengers in the PIA aircraft PK661 only have one request for the authorities, which is to investigate the cause of this accident thoroughly and let the world know about it.