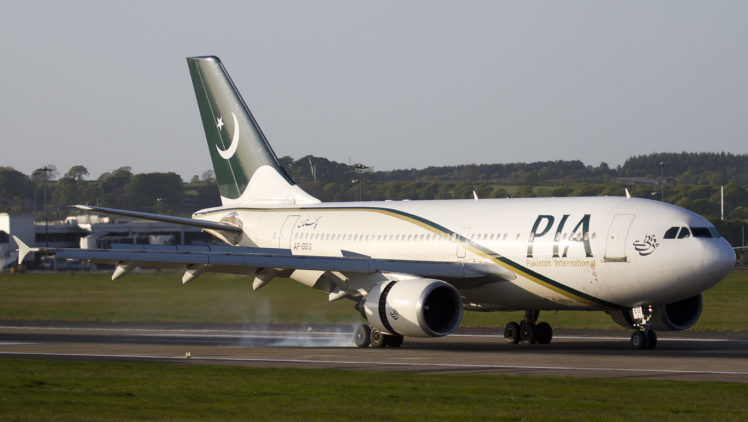 Saleem Mandviwalla, Chairman Senate Standing Committee on Finance lambasted the national airline and its record in a meeting recently over a host of issues.

He started off the session by saying that PIA should be taken to task for selling an airworthy aircraft for 53 lacs. He added that PIA’s staff involved in selling of the plane should be arrested.

He was referring to the documents released by PIA that mentioned that a fly-worthy A-310 aircraft will be sold for EUR 47,500. According to him, the value of the plane was supposed to be in millions of dollars and not just $50,000 (47,500 Euros).

Airbus A-310 has a seating capacity of 220 passengers

Previously PIA retired 4 more A-310 aircrafts but they were not in fly-worthy condition. Saleem Mandviwalla said we’ll take this issue to the Senate.

He further stated that:

We will pass a resolution against this and the German. How dare he sell Pakistan’s property without following the procedure to sell any property which belongs to Pakistan.

The plane in question was not in Pakistan since the last month. Its tender was supposed to open up on 12th December. PIA pilots had flown this plane out to Malta, then to Germany, according to Mr. Saleem.

He argued that why did they take the plane out of the country and under whose permission? What is that plane doing? Mr. Saleem said that this is akin to violating every law in this country.

According to documents provided by PIA, the missing plane was flown to Malta. It also contained information about the crew of the plane and the price of it as well. The plane was to remain in Malta from November 25th to December 4th for shooting of a movie, according to the document. The company chartering the plane for that time period will be paying EUR 210,000 for boarding lodging, transportation etc.