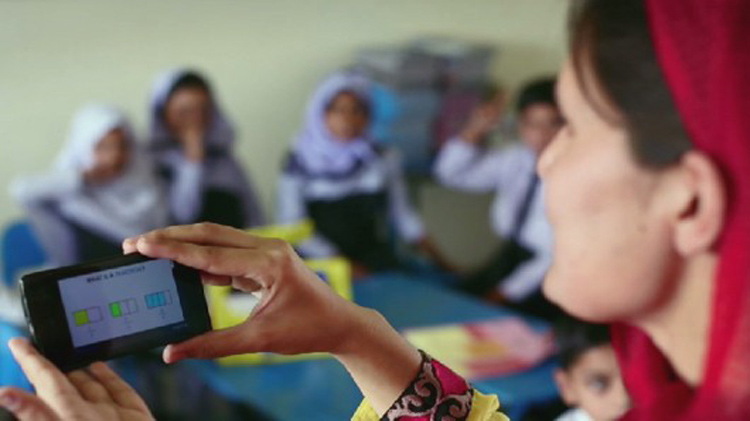 Technology and education are two key pillars of the modern society. What happens if you combine them? Well, Minahil Asim and Thomas Dee from Stanford derived a study and made some remarkable discoveries.

The study, funded by World Bank, discusses and evaluates a uniquely designed, low-cost, scalable program designed to improve the governance and performance of primary and middle schools in the Punjab province of Pakistan.

The School Council Mobilization Program (SCMP) used mobile-phone calls to provide sustained and targeted guidance to local school-council members on their responsibilities and authority. The study used SCMP to examine the effects on:

Speaking about the project, Dee, the co-author of the study said:

“The program cost about $50 per school and it increased enrollment by roughly 12 students in the typical primary school for girls.”

“The fact that one could drive improvement in such an important outcome at low cost is extraordinarily exciting to me,” added Dee who is also a senior fellow at Stanford Institute for Economic Policy Research.

This low-cost initiative allows the phone calls to be placed to provide a direct and a one-to-one engagement mechanism between the provincial government and school councils.

The report states that call centers were paid every month to place a call, for 17 months, to school council members at larger schools in five districts of the Punjab province. On average, each call roughly lasted for 6 minutes.

According to the report, the calls are divided into two phases; Phase I and Phase II. The breakdown of the calls along with the call content are as following: 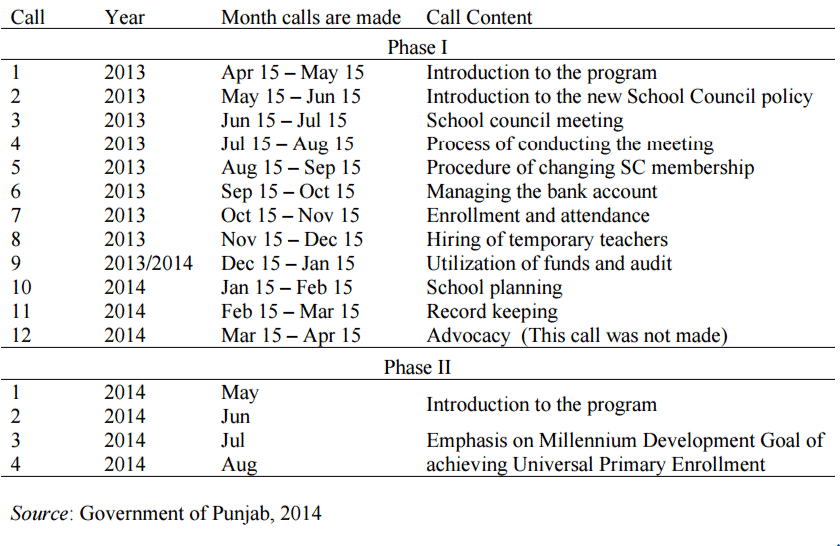 The purpose of the call was to remind the management of their duties, and to highlight the importance of monitoring attendance, increasing enrollment and school planning.

Text message service was also initiated but eventually halted because council members were mostly unable to read, according to Minahil.

To study the impact of the calls, Minahil and Dee compared the rules and regulations of the schools before and after the intervention took place. They also used other schools, where the program was not initiated, as a comparison to better understand the effects of the intervention.

The results were quite spectacular, backed by researcher who were merely observing the process unfold before their eyes. Numbers wise, student enrollment raised by 5.7 percent at the elementary-school level whereas the teacher attendance was upped by 2 percent with the help of the program. Additionally, school facilities such as toilets and water were also improved.

While conducting the study, the researchers came across an unusual trend; the impact varied on the characteristic of the school, since the gender schools are separate in Pakistan. In boys’ elementary schools, the enrollment rate was significantly lower than in girls’ elementary schools; 4.6 percent compared to 12.4 percent.

Student enrollment raised by 5.7 percent at the elementary-school level whereas the teacher attendance was upped by 2 percent.

In the longer run, the quality of the education and more learning opportunities will lead to a brighter future for Pakistan.

“It is important to get kids in school, to get teachers to show up, and for schools to have good facilities,” Dee said. “Those are necessary conditions for kids to unlock their educational potential – but they are not sufficient conditions. We also need to address the quality of the learning opportunities that are available in these schools.”