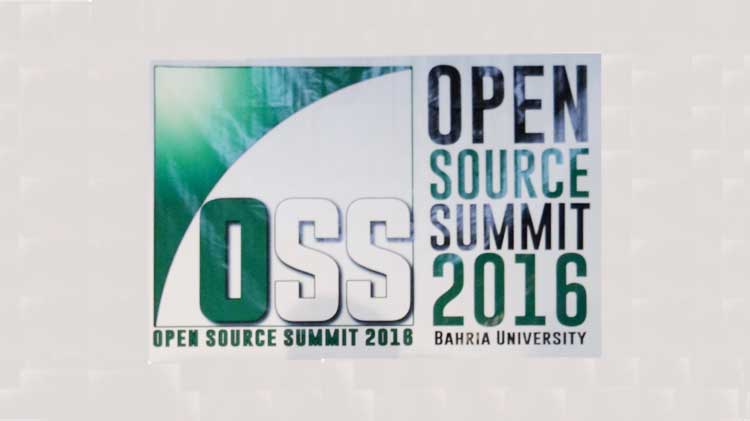 MD PSEB acknowledged the efforts and role of OSFP in promoting Open Source Technologies in the country. He said that it is the goal of PSEB to promote open source usage in Pakistan and to migrate government organizations from licensed softwares to open source software and technologies in the next 5-10 years.

He said that PSEB has sponsored open source trainings and migrations in the past where PSEB had trained more than 5500 students and professionals on open source technologies. He said that OSFP can submit a training proposal to PSEB and ICT R&D Fund to resume such trainings in future. 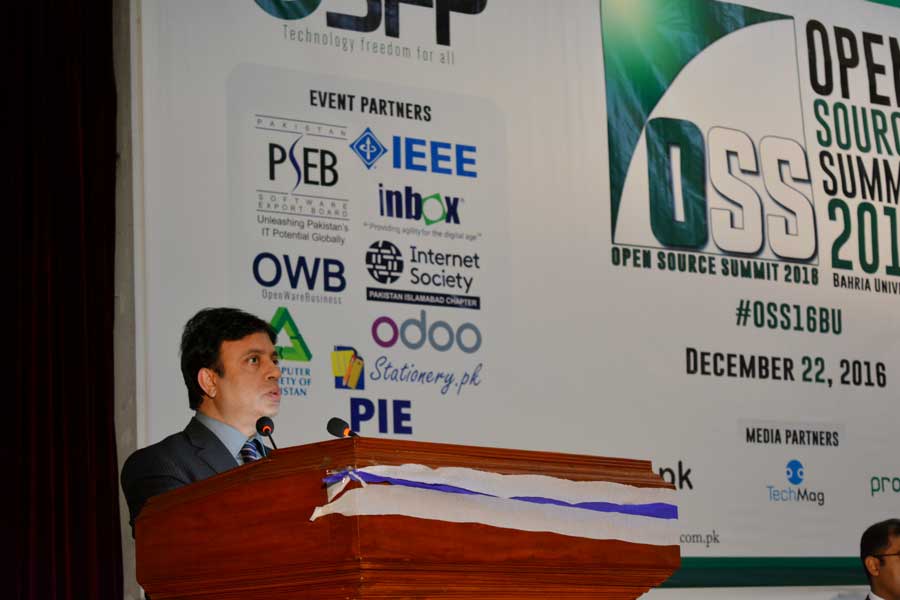 Mr. Saleem Rafiq, Chairperson OSFP said in his welcome address that the efforts of Open Source shed light on the background and achievements of OSFP. He highlighted very important questions about the opportunities for Pakistan in the technological wave in form of IOT, Artificial Intelligence, Data Analytics, Mobile and Cloud Computing. We need to be prepared to capture the opportunities through Open Source Technologies.

OSFP shall participate in the following initiatives:

Dr. Najam ul Hassan being the host of the event welcomed all the participants and distinguished guest of the OSS 16. He said the BU is proud to host the event and this collaboration of two organizations shows the acknowledgments of importance of Open Source Technologies from the academia and industry partnership. He said that we will work side by side with the OSFP and other key players of industry who are working to promote the open source technologies in the country.

Mr. Tahir Chaudhry thanked the distinguished guests from Industry and academia, participants, students, Bahria University, Organizing committee, Sponsors and all other support staff for making the event a success. He made the big announcement of the day that the first Open Source Awards are going to be held in 2017. These awards would be announced and distributed in collaboration with Industry and Academia.

Dr. Nazir Ahmed Vaid mentioned that we are heading into an age where man will go behind the machine. Artificial Intelligence will replace the manpower in the coming future e.g.(Robotic Surgeries, Robotic Drivers, Automated Manufacturing Process). 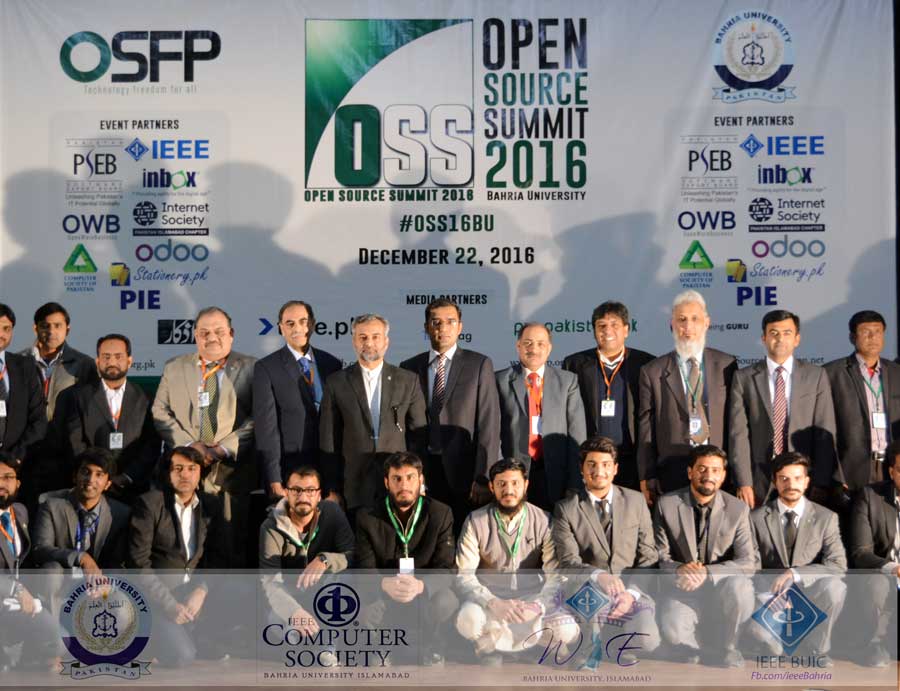 Dr. Muhammad Sajid, NUST University mentioned that the kind of liberty Open Source technology brings with it, encourages the mechanical engineers to develop such products which were only meant to be fantasized before the introduction of open source technologies.

Prof. Dr. Lutfullah Kakakhel, Ex vice Chancellor Kohat University, introduced the portable education server based on Raspberry pi. He said that this service is very much helpful to educate the children from the conflict hit areas and to the other remote areas.