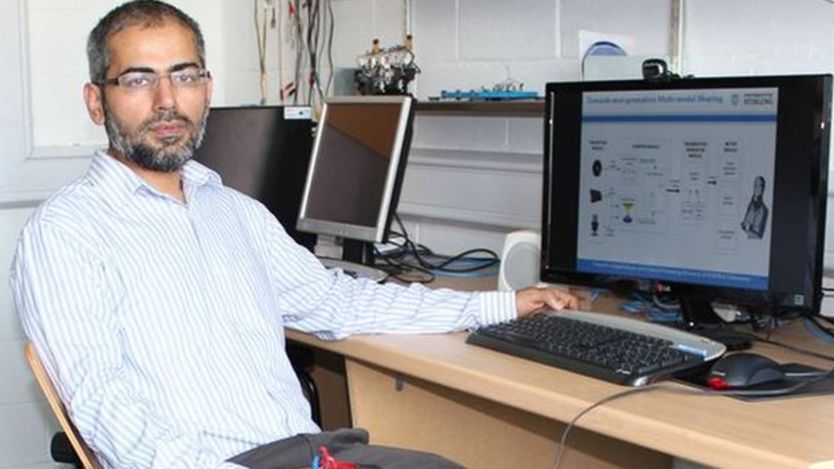 Professor Amir Hussain, a UK-based Pakistani, along with his team at the University of Stirling, are developing what they call a “next generation” hearing aid.

This hearing aid will be equipped with a camera and a lip-reading software which will help users in noisy environments, and can switch between audio and visual cues.

The Professor and his team have been funded with almost £500,000 for the project. The project is being funded by the UK Government’s Engineering and Physical Sciences Research Council (EPSRC) for the next three years.

Professor Amir said that this new technology will “significantly improve” the lives of millions of people who suffer from hearing loss.

He said that this kind of an invention was becoming more and more of a crucial need since there are a lot of people all around the globe with some kind of hearing loss. Roughly around 360 million worldwide suffer from a form of hearing loss currently as per latest statistics.

According to Professor Amir:

“Existing commercial hearing aids are capable of working on an audio-only basis, but the next-generation audio-visual model we want to develop will intelligently track the target speaker’s face for visual cues, like lip reading. These will further enhance the audio sounds that are picked up and amplified by conventional hearing aids.

The 360-degree approach to our software design is expected to open up more everyday environments to device users, enabling them to confidently communicate in noisier settings with a reduced listening effort.”

Not much details about the physical attributes of this next generation hearing aid have been revealed, but it was mentioned that the tiny camera used to keep track of lip-reading is quite handy and can be mounted anywhere, like in a pair of glasses, in an earring or even in a necklace.