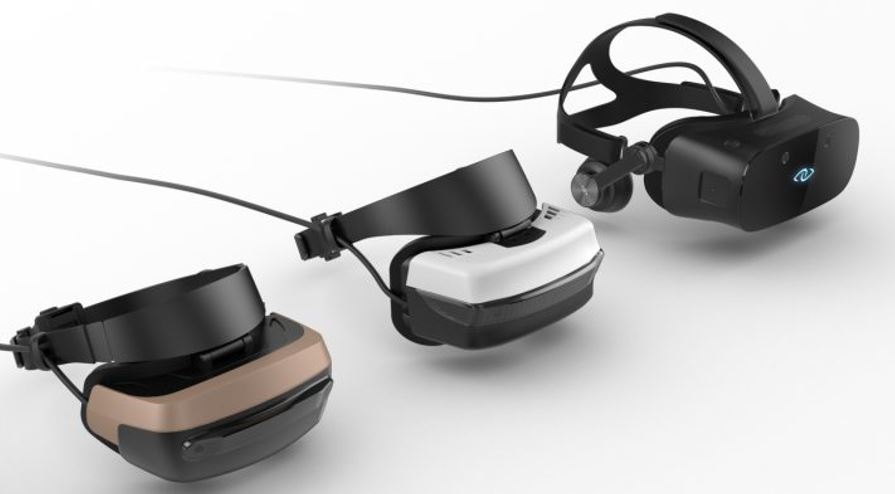 The way that VR arena turns out could define the whole gaming market in 2017. In the face of increasing attention, Lenovo has become the latest brand to join the Windows Holographic platform and its focus seems to be on price.

While not final yet, its yet-to-be-released VR headset will fall between $300-400 range, with the final price likely closer to $300. Compared to pioneering options from Oculus and HTC, Lenovo’s VR will cost almost half as much.

At least in terms of design it doesn’t appear that corners were cut. In fact, at 350 grams, the headset is much lighter than other options on the market. On the outside, at the front there are two cameras which will make mixed reality content a possibility.

In terms of specs, it has two 1440 x 1440 OLED displays for both eyes, which means higher pixel density than both the HTC Vive and Oculus Rift. The headset will allow six degrees of freedom, inside out. Because of its cameras, Lenovo can deliver room-scale VR experiences without having the need to buy any additional sensors or cameras.

On the software side, the headset will be able to run every app on the Windows store, while some HoloLens applications are said to be able to work with the headset, too. Lenovo doesn’t seem to be making anything in the name of controllers right now, but did mention the Xbox One or a HoloLens compatible controller could work.

As for the availability, the device is said to ship in 2017, however, we don’t know more just yet. Watch this space for any more developments on the matter. With Dell, Acer, HP and others also reportedly targeting the $299 price range with their VR alternatives, the space could get crowded with time.