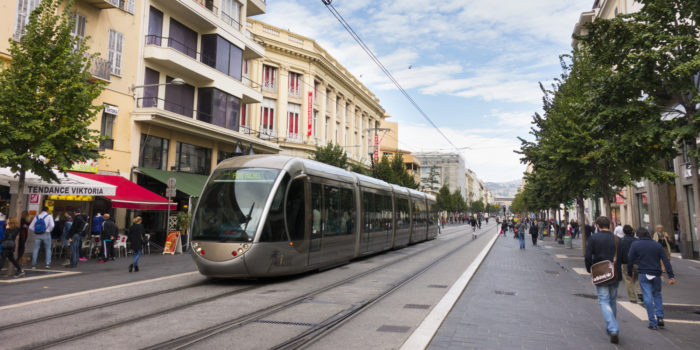 NORINCO, a Chinese company, has offered to build a state-of-the-art mass transit system in the federal capital and also recommended a Light Rail Transit (Tram) project for the city.

NORINCO International is a publicly listed company subordinate to China North Industries Corporation. Its business scope covers projects in urban rail transit systems besides several other domains such as highways and expressways. The same company is already engaged in the construction of the “Orange Line Metro Train Project” in Lahore.

Representatives of the Chinese firm visited the civic body to deliver a presentation on Friday. The Member Planning CDA, Asad Mehboob Kiani, represented the civic body along with other officers of the Authority including the director transport engineering.

A brief comparison was also given among Metro Train, Tram and traditional light rail transit to the civic body officials.

The company representatives pointed out some important advantages and disadvantages of the above mentioned kinds of transport systems, but eventually recommended the Light Rail Transit for Islamabad.

The proposed tram by NORINCO firm will have the capacity carry over 350-700 passengers per unit and in an hour it will be able to transport around 8,000 – 20,000 passengers.

An anonymous insider of the meeting commented, “The tentative cost of this project would be around one billion rupees per kilometre, which is not so much expensive”.

The presentation also included the four tracks on which Islamabad and Rawalpindi is primarily divided on:

However, it must be noted that the Red Line route is already operational as the Metro Bus Project and the Chinese firm were also made aware of this. Not to mention that a few days ago, the Prime Minister also announced the construction of another Metro Bus that will run from Peshawar Morh Interchange to G-13.

The light rail transit system will be considered once a final decision regarding the Blue and Green Line is reached. Mr. Asad Kiani said that nothing has been finalized yet and the meeting was just an introductory session between the Chinese firm and the civic body.