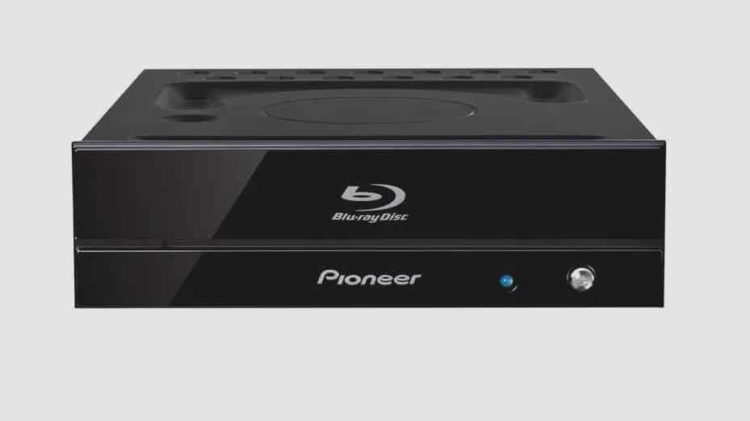 While we are seeing streaming services get more and more coverage every day, we haven’t got to the point where we can stream 4K movies on our slow internet connections.

Here’s where Pioneer comes in. The company has released two new Blu-ray optical drives for PCs. The new BDR-S11J-X and BDR-S11J-BK measure 5.25” in height, fitting in those unused slots near the top of your tower.

These drives feature support for 4K movies, and they also let you write your own Blu-ray discs too.

The two drives are capable of writing four-layer Blu-ray disks, or re-writing to three-layer discs. The former model (BDR-S11J-X) is slightly better than the latter. It has additional features such as vibration isolation and enhanced heat dissipation, as well as an audio check function to measure its quality.

The exterior of the drives is glossy black which is harder to scratch. The drives feature a high-speed read mode with high-speed rotation to read data quickly. Bundled with the drives is CyberLink software, including PowerDVD 14, PowerProducer 5.5 and a trial version of MediaEspresso 6.5.

An important thing to note is the minimum specification required to run the said content. Pioneer quotes a Windows 10 PC with a 7th Generation Intel Kaby Lake i5/i7 processor, 6 GB of RAM and at least 25 GB storage. Connectivity requirements include HDMI 2.0a or HDCP 2.2, with a 4K (3840 x 2160) monitor (HDR support is recommended for better visuals).

The drives support the PureRead4+ technology which can better read scratched and dusty CDs. For now, the drives are available in Japan (no word on the price) but it won’t be a surprise to see them hit other markets. They’ll start shipping from next month.