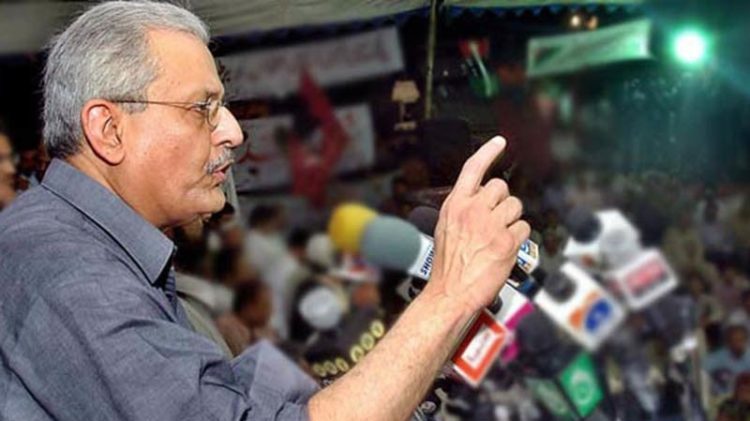 Issuance of a US visa was delayed for the Deputy Chairman Senate which means he will not be able to attend a UN sponsored event in New York. The Inter-Parliamentary Union proceedings will be canceled due a simple delay. This was mentioned in a press release issued by the Senate.

The statement adds that,

Hyderi was scheduled to travel to the US as part of a delegation comprising of Senator Hyderi and Lt General (retd) Salahuddin Tirmizi. The delegation was to attend Inter Parliamentary (IPU) hearings at the United Nations (UN) headquarters in New York, USA, on February 13-14, 2017,

It should be mentioned that Pakistan was not included in the list of 7 countries on which Donald Trump wants to impose a travel ban. The ban has currently been smacked down by U.S courts but it seems like ‘extreme vetting’ is still in place even for supposed allies of the American Government.

No US Diplomat Coming to Pakistan Any Time Soon

Mr. Rabbani has said that no senate delegation can visit US until this issue is resolved and an explanation is provided by the US Government or the US Embassy in Pakistan.

No delegation, member of Congress or diplomat of the US will be welcomed by the Senate of Pakistan, the Senate standing committees and senators in their official capacity till this issue is resolved.

Turkey’s Anadolu Agency’s story seems to portray something else. The agency claims that the US Embassy issued a visa to Senator Salahuddin Tirmizi and denied Senator Maulana Abdul Ghafoor Haideri’s visa without giving any reason.

No Real Reason Given

If the US authorities continue to hold the present stance of noncompliance then the situation could become worse between Pakistan and US in the coming days.