There was also a drastic decrease in the final cash dividend that the company announced. It fell from Rs.15 to Rs.5.50 per share. 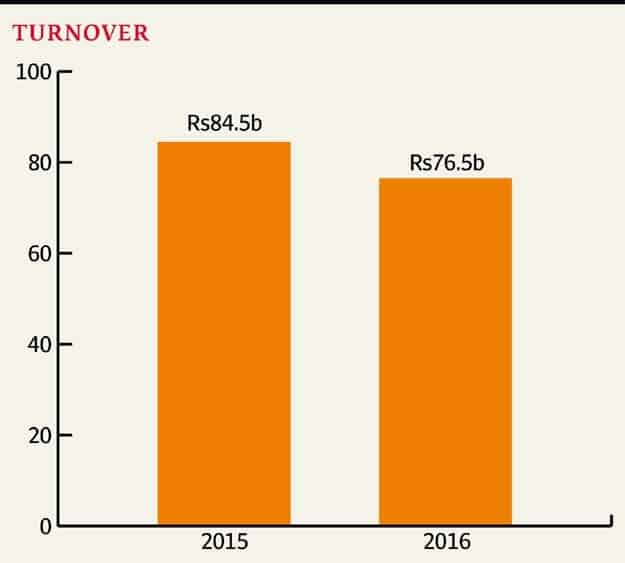 The Punjab government’s Apna Rozgar Taxi scheme resulted in a 21% growth year-on-year for Suzuki but after the normalization of the effects of these inflated sales volumes, the numbers are down again. Suzuki assembled 50,000 units of Suzuki Bolan and Suzuki Ravi for the taxi scheme which resulted in the extra sales in 2015.

Suzuki Wagon R emerged as the most impressive variant as far as growth is concerned. The sales volumes reached 13,209 units in 2016, up 75% year-on-year.

The fall in earnings came as a result of the 18% decline in overall sales volumes year-over-year. There was a 44% drop in sales of Suzuki Bolan and Ravi units mainly due to the termination of the taxi scheme.

According to JS Research report, higher input costs due to a 10% increase in the value of Japanese yen against dollar and nearly 16% increase in the cost of steel, the gross margins dropped 398 basis points to 9.6% in 2016.