The successor to 2015’s Mi Pad 2 is finally here. Xiaomi unveiled the new Mi Pad 3 today, changing the formula for their tablets once again.

The launch happened without much fanfare and Xiaomi put the new device up on their website without any kind of formal announcement. It may be because the Mi Pad 3 is more of an iterative upgrade.

While it’s been released in China, there is no word on an international launch. It is available in Champagne Gold color option only (for now) and costs $220 (CNY 1499) 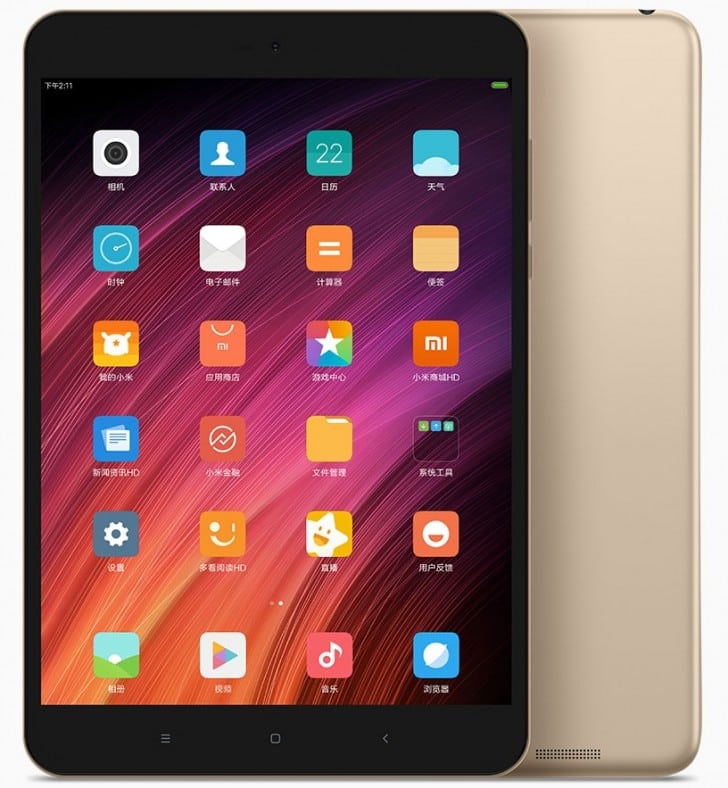 Even though the outside is the same as before, internal specifications have changed substantially. The Mi Pad 3 features a Mediatek MT 8176 hexa-core processor with 4 GB RAM. For comparison’s sake, the Mi Pad 2 featured a quad core Intel Atom X5-Z8500 processor with 2 GB of RAM.

You only get a single storage option with 64 GB of space and no microSD card slot. There is no SIM card slot either so you can’t use it as a cellular device unfortunately.

On the OS side of things you get Android Marshmallow based MIUI 8 only. Xiaomi did not announce a Windows version of the Mi Pad 3.

Tablets usually don’t have a noteworthy primary or secondary camera and this holds true for the Mi Pad 3 as well. For the primary camera, you get a 13 MP f/2.2 aperture sensor with no LED flash. It can record video at up to 1080p resolution only.

The front camera has a 5 MP f/2.0 aperture sensor.

The battery has received a slight boost compared to the Mi Pad 2. Mi Pad 3 comes with a 6600 mAh non-removable battery which is a tad higher than the Mi Pad 2’s 6190 mAh unit.