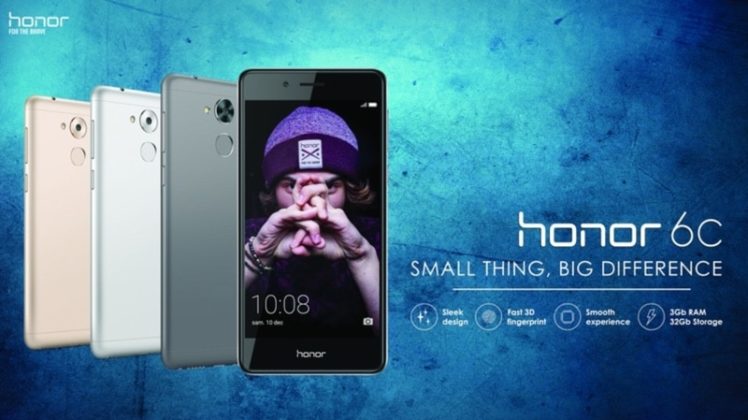 Huawei has unveiled a new mid-range smartphone, the Honor 6C. If the name sounds familiar this is because the company outed its sibling, the Honor 6X a few months ago.

Metal chassis is becoming the norm in midrange smartphones, and it holds true for the Honor 6C too. The design is simplistic with a no non-sense front with on screen buttons. It comes with a 5 inch IPS LCD 720p (1280 x 720) screen. 2.5D glass is featured on the Honor 6C as well which is a fancy of saying that the glass curves on the sides of the screen.

The back has a brushed aluminium finish and houses the fingerprint scanner beneath the camera.

On the inside, the Honor 6C comes with an octa-core Qualcomm Snapdragon 435 processor. 3 GB of RAM alongside 32 GB storage is featured here. The storage is expandable via a microSD card slot.

It seems like the Honor 6C is Huawei’s answer to the Nokia 6 in terms of raw specifications.

The OS might be outdated in this phone with Android 6.0 Marshmallow and Huawei’s EMUI 4.1 skin on top. On the plus side you get a hybrid dual-SIM/microSD card option if you’re ok with 32 GB of internal storage.

A 3,020 mAh battery powers the phone, about 20 mAh bigger than the Nokia 6’s battery unit.

No word on a Pakistani release so far.