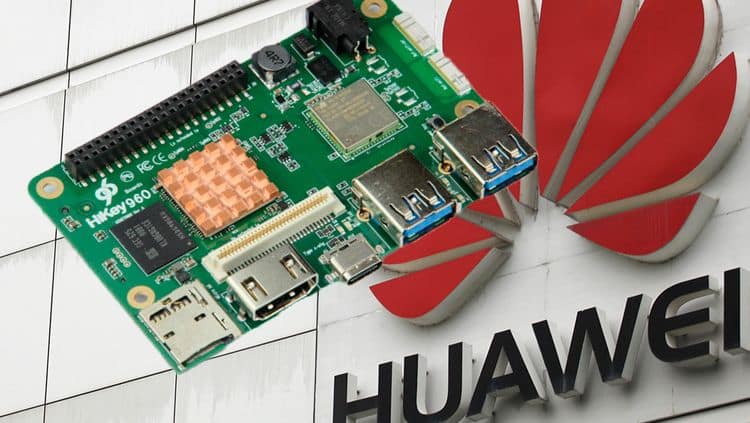 You may be forgiven if you ask for some more room and power on your Raspberry Pi, but at least you are not out of options – if you are willing to pay for it. Huawei’s HiKey 960 single-board computer is one such option, though, it might be too expensive for the common tinkerer.

Rather than relegating the price to end let’s get to its straightaway; the HiKey 960 costs $239. Compared to the $35 Raspberry Pi, it is almost seven times more expensive which doesn’t even put it in the same league as the Pi due to the wildly different target markets. It’s also four times costlier than ASUS’s Tinker Board.

As the name indicates, the HiKey 960 is powered by Huawei’s flagship-grade Kirin 960 octa-core processor, with its four low-end Cortex-A53 cores clocked at 1.8GHz and four powerful Cortex-A73 ones at 2.4GHz. The processor is the same one used in Huawei Mate 9 and P10 flagships. It is coupled with the latest Mali-G71 GPU using the latest Bitfrost architecture alongside support for PCIe M.2 for advanced storage options and improved wireless capabilities.

It still provides 32 GB of UFS 2.1 storage in addition to a 3 GB LPDDR4 RAM module. There are 40-pin and 60-pin connectors for connecting accessories like camera modules. The HiKey 960 allows you to load Android 7.1 Nougat, indicating a different approach. Details for that can be found here. Eventually, Linux versions will be supported for improved competition with the Pi.

Wireless connectivity options include Bluetooth 4.1 and Wi-Fi ac. As for video output, the HiKey 960 supports up to 4K resolutions, though the solitary HDMI 1.2a output supports only 1080p. Other than that, you get 2 USB 3.0 and one USB-C though there’s no Ethernet jack.

With the mentioned price, the HiKey 960 will ship worldwide come next month.