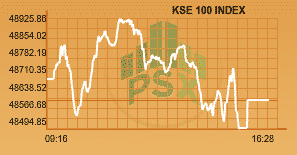 The Index opened positive and remained volatile throughout the last trading session while closing in red with heavy volumes.

The Dawn Leaks investigation is in the pipeline, which made a huge impact today. After the Panama Case judgment was announced on April 20th, a 3 judge bench was created to implement the Supreme Court’s decision. A Joint Investigation Team was constituted to probe into offshore accounts and properties held by the Sharif family. It was the first hearing today as the market took the pressure and went negative.

134 million shares worth Rs 9.9 billion were traded by the end of the day.

Shares of 370 companies were traded. At the end of the day, 132 stocks closed higher, 220 declined while 18 remained unchanged. 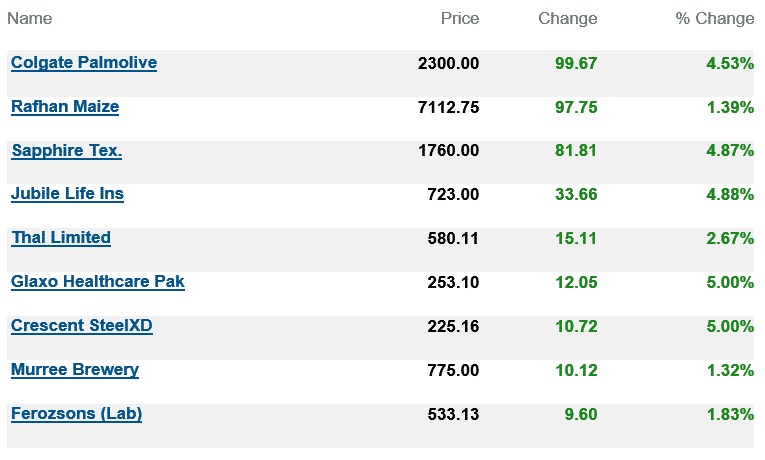 Top decliners in the market were: 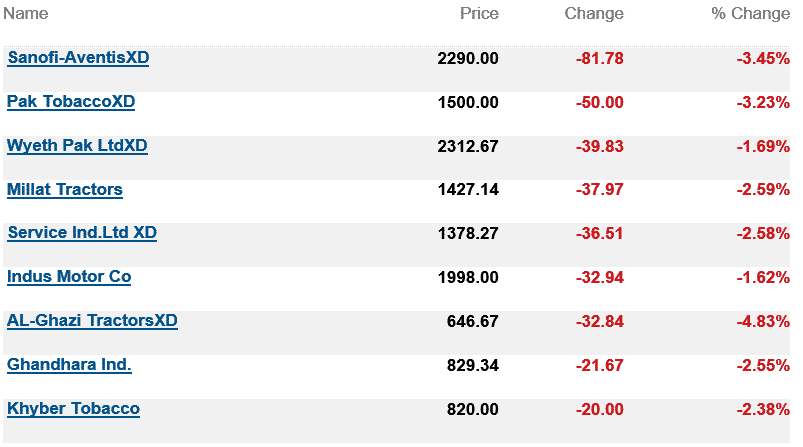 Whereas MSCI is expected to formally introduce Pakistan into the MSCI Emerging Markets Index on May 5th, 2017.