After successfully launching some of the best selfie phones in the world, Oppo has announced another mid-range smartphone that’s built to do the same, the A77.

It is available at Oppo’s Taiwanese website and will be available for pre-orders today. The phone has the exact same specifications as the F3 save for one thing – A77 has a single camera instead of the dual cameras as seen on the F3. 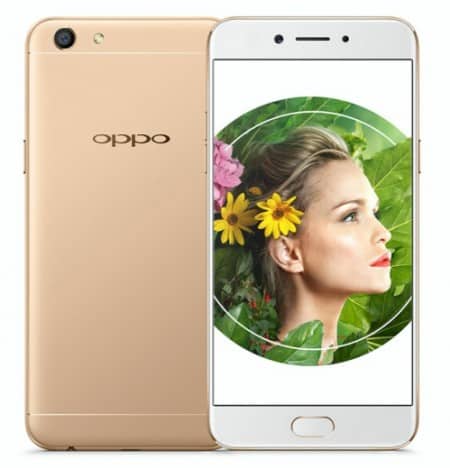 Like most Oppo phones, the A77 looks similar to a certain fruity smartphone we all know about. It sports an all metal body with antenna lines at the back on the top and the bottom of the phone. The front houses the fingerprint sensor, the capacitive buttons and the front camera.

Not to mention it looks strikingly similar to its slightly better sibling, Oppo F3.

Similar to other mid-range phones, Oppo A77 features an octa-core Cortex A53 chipset, Mediatek MT6750T SoC. It houses 4 GB RAM and 64 GB of internal storage. A77 is a dual SIM phone by default and uses a hybrid SIM/MicroSD card slot.

OS is unfortunately Android 6.0 Marshmallow which is getting a little considering Android O is on the horizon. Oppo will include their proprietary Color OS skin on top.

The primary camera uses a smaller f/2.2 13 MP sensor in terms of pixel count. It features an LED flash and Phase Detection Autofocus.

Up front there is a bigger f/2.0 16 MP shooter with portrait and beauty mode.

Powering the A77 is a 3,200 mAh battery unit which should be adequate for a day’s usage.