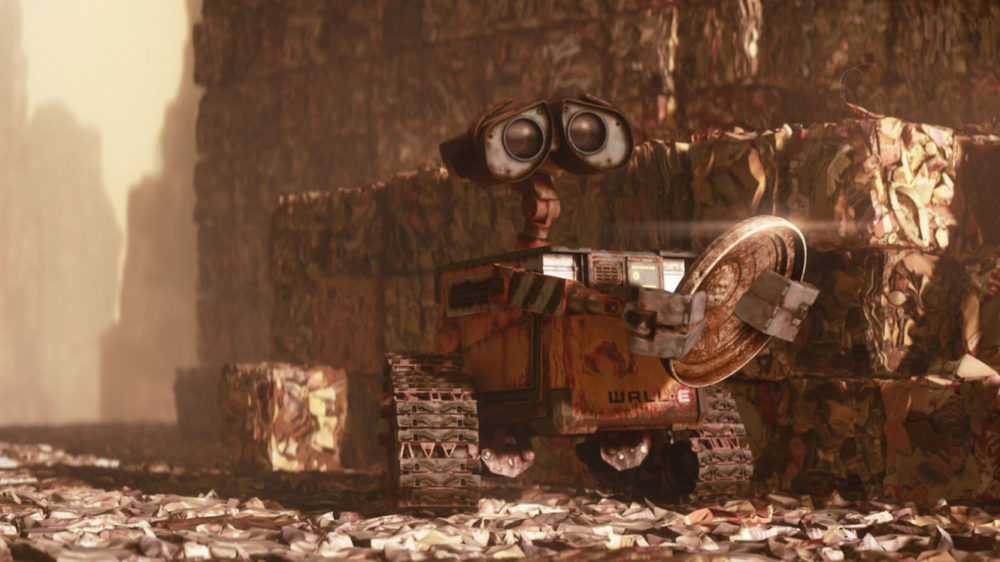 We may be getting closer to a Wall-E-like future. A company in Denver, Colorado has created an AI based robot that can sort through trash. It even does it better than the humans.

Clarke (not, Wall-E, unfortunately) is installed at the Alpine Waste and Recycling Facility in Denver. It consists of a simple robotic arm and a visible-light camera to sort through the trash.

The robot looks for milk, juice and food cartons on a conveyor belt and plucks them up through two suction cups attached to the robot arm.

It can manage to pick up 60 items per minute which is 20 more items than a human counterpart. Clarke manages an accuracy of 90%, leading to a 50% reduction in trash sorting costs.

Cartons Only For Now

AMP Robotics, the company that built Clarke, programmed it for cartons specifically. Founder of AMP Robotics, Mantanya Horowitz said, while talking to Engadget:

The fundamental platform that we’ve created was a system to sort pretty much all the commodities that are in a recycling facility today, whether it’s cardboard, No. 1 plastics, No. 2 plastics, or cartons — cartons just ended up being a great place for us to start.

How The AI Works

Here’s where the AI part comes in. Clarke is watching and learning through the other commodities its seeing. Currently it can tell whether its No.1 plastic or No.2 plastic. Horowitz thinks that in the future it may be able to classify them further as well.

Right now we can say, ‘That’s a No. 1 plastic’ but we want to be able to say ‘That’s a Pepsi bottle, that’s a Gatorade bottle’ and give recycling facilities even finer resolution on what’s going through [their lines],

The Age of Plastic

It won’t be wrong to call the age we live in: the era of plastic. We have been making and more and more plastic ever since it was first invented decades ago. In 2015, manufacturers produced 448 million tonnes of plastic, twice as much as in 1998.

The plastic industry boomed in the 1950s. According to a study by the University of California, we have made over 9 billion tonnes of plastic since the 50’s with 7 billion tonnes of it not being used today. Hardly 9% of that 7 billion was recycled and 12 percent was burned. The remaining 5.5 billion tonnes now resides in dumps and sewers.

With bots like Clarke we can at least speed up the cleaning process somewhat, if not eliminate it entirely.