PSX remained bullish right from the beginning of the morning trading session and remained green during the whole day. At the end the benchmark, index closed with +411.85 or +0.96% to close at 43253.26 points. The market crossed the psychological barrier of 43,000 points today with an intraday high of 456 points. 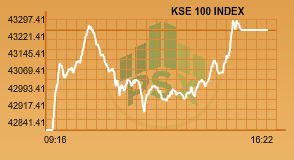 For the 2nd day of the week Fertilizer stocks came under the investors’ radar again likely due to expectations of early clearance of subsidy claims by the government. Selected fertilizer companies, Steel sector, Technology and different corporate results helped the market to bring up the gain.

In August 2017, the country received major investment in power sector of $154.3 million most of it from China in the development projects of CPEC ($130 million in Coal Projects), Oil and Gas Exploration that received $10.6 million and $35 million in Construction Industry, the SBP’s data said.

The company’s dales for the period increased by 10 percent in the outgoing year, whereas the Profit after Taxation for the Period increased by 40 by percent. Earning per share increased to Rs 3.37 or 27.65% as compared to last year’s 2.64.

Trading volumes of all share index surged to 218 million shares which were better than yesterday’s closing Overall, stocks of 360 companies were traded on the exchange, of which 236 gained in value, 112 declined and 12 remained unchanged. In KSE 100, 95 million shares were traded with a net worth of Rs 9.2 billion. 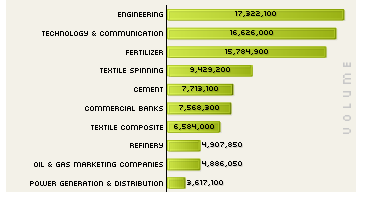 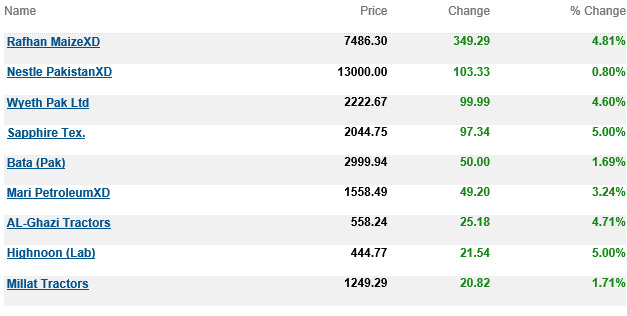