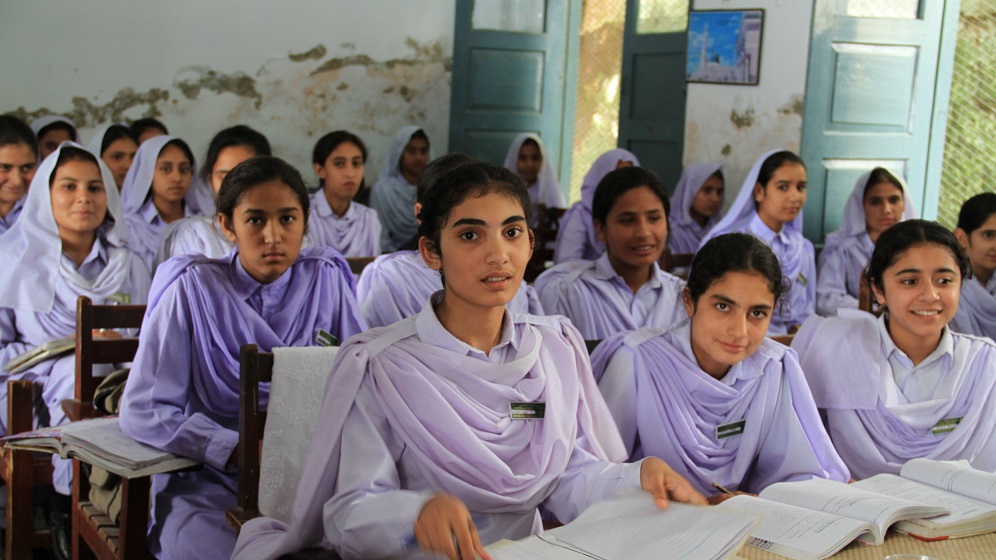 For the educational needs of a growing nation, charitable and religious institutions as well as private schools, are gathering to fund and improve government schools which will fulfill the needs of around 50 million children.

A report from 2016 suggests that around 20 million children in Pakistan are out of school even though there are 220,000 schools in the country.

Education consultancy Alif Ailaan suggests that the government has raised their funds for schooling purposes and the budget apportioned for education is increasing by 15% since 2010 every year. The current budget is 2.65 percent of the total GDP – which makes up $8 billion and breaks down to is $150 per student.

Evidently, the government has failed to provide the children with all their educational needs and experts suggest that the lack of funds isn’t the main issue here – the standard and quality of teachers, their teaching skills are the significant part of the problem.

Zeba Hussain, the founder of the Mashal Schools highlighted this problem by saying “It’s not the number of schools, it’s the quality, the attitude.”

Zeba Hussain’s schools educate underprivileged children displaced due to war in the northern areas of the country. She started her institutes situated at the outskirts of the capital city, Islamabad, after she met refugees in the Margalla hills.

Vision 21’s Shaista Kazmi – a private NGO for children out of school – highlighted another issue after saying “Students are labeled ‘smart’ or ‘stupid’ right from the start.”

However, some people such as Tariq Masood, the Federal education director, disagree and believe that the growing population and lack of government aid and funding are the main problems in government-run schools. He said,

No one who is underqualified can enter the government system, there are fewer checks in the private system.

He said that the curriculum followed by government schools is being consistently redesigned and is becoming innovative – it is the private schools who are not being overseen by the government.

Another major problem is that poor families send their children to religious seminaries or madrassa and most of them do not follow the government’s regulations.