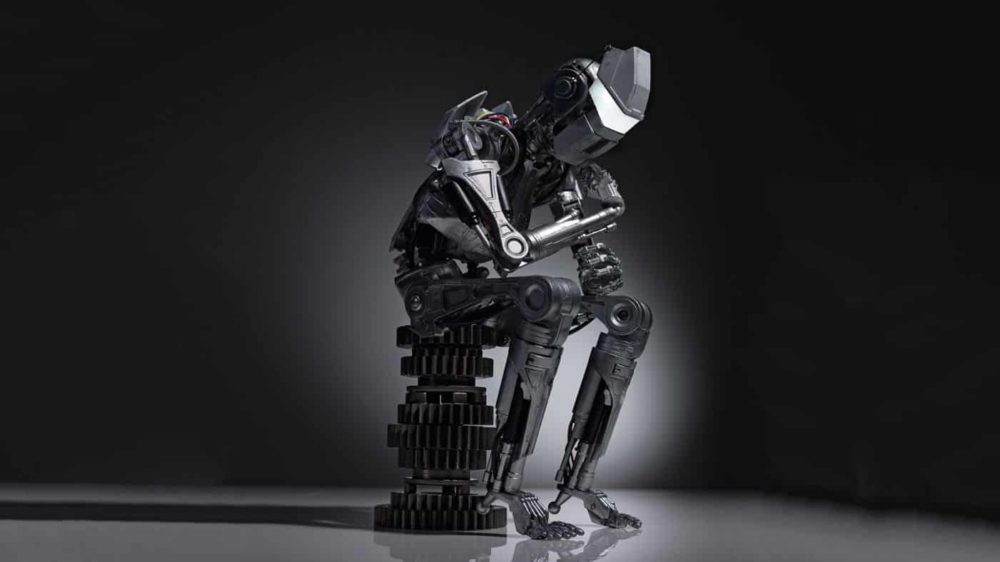 The only thing keeping bots from taking over the web was the CAPTCHA filter (pun intended) and an AI Robot has finally overcome that obstacle. Skynet is set to control the world, Autobots will be seen ruling the earth and we’ll be at the mercy of machines now (not really).

Scientists at Vicarious AI, a California-based start-up, have built a robot that cracks the CAPTCHA codes faster than anything built before. The bot replicates human eyes and breaks the text-based Completely Automated Public Turing Test To Tell Computers and Humans Apart (CAPTCHA) and does so in 50,000 fewer tries.

We just have to accept that, as computer vision systems improve, traditional text-based CAPTCHA systems no longer offer the protection they used to.

You might have come across this CAPTCHA thing many times on the web, especially when signing up for an account. These are those weird texts on website that need to be rewritten in a text field. Purpose of this is to separate humans from bots or other automated systems. This is to make sure that fake traffic doesn’t spam a website’s servers.

There have been many tries to break this CAPTCHA barrier before, however, no AI machine has been able to break that code faster than this one. People at Vicarious AI are calling it Recursive Cortical Network (RCN). RCN, as reported, can solve the random captcha numbers with a great level of accuracy.

RCN isn’t just another AI machine, it can break captcha codes of some of the biggest tech companies. As of now, it has successfully broken Google’s reCAPTCHA, BotDetect’s CAPTCHA generator, Yahoo and PayPal’s captcha codes.

A CAPTCHA is considered hacked if it can be broken at a rate of 1% or above. For example, if a system can crack it in 1 in 100 tries then CAPTCHA is said to be broken and the cracking system is said to have an accuracy of 1%.

You would be amazed by how accurate RCN is – it can overcome text-based captcha codes at 50% accuracy, which is pretty damn accurate.

RCN works similarly as our eye does. According to the co-founder Vicarious Dileep George, our visual cortex works in a hierarchical way. One set of neurons works on detecting object and details while another set inspects the surface.Both combine to make up the overall image. RCN also follows the same hierarchy.

There are different nodes working different functions. One node collects information like edges of texts, how they are being represented and another node uses this information to draw the overall picture.

Any AI machine is trained before it is let loose on a system. Loads and loads of information is fed to the AI so that it can make sense of what is happening. In case of RCN, it is firstly fed with the 26 alphabets of English. Then different fonts, that are generally used for CAPTCHA, are uploaded.

The RCN stores this information and whenever it comes across any unknown letters, it goes through this info and tries to make sense of that unknown by comparing it to its stored letters. So for it to work efficiently it is given multiple variations of letters, for example, angled or inverted letters and so on.

Most of AI systems rely on what is called “Deep Learning”. Machines are trained by showing them hundreds of images of something. For example, if you want an AI system to differentiate letter “A” from “B” you would show it example images of both, probably in thousands. However, RCN is different. Its developers say that it isn’t based on “Deep Learning”, it follows a rather different approach called “probabilistic generative model”.

Convolutional Neural Network (CNN), a CAPTCHA cracker AI, trained by Google rivals RCN. It is way more accurate than RCN, in fact, it cracks Google’s ReCAPTCHA at 89.9% accuracy as compared to RCN’s 66.6%. But Google’s AI is based on “Deep Learning”. It is very good when it comes across letters already stored in its system.

However, RCN takes the edge whenever there are slight variations like angling of text or increased spacing. It is way better than Google’s AI when there are variations. Google’s AI’s accuracy drops to a very low 7% when 25% spacing in captcha code is increased. CNN no doubt is more accurate, but RCN is faster because it looks for changes in alphabets instead of analyzing the whole image at once.

On the other hand, RCN takes very little training data as compared to CNN. For example, RCN would only need 500 images to train for reCAPTCHA while CNN would need to be fed thousands of images.

Still Some Way To Go

Explaining about how this is merely the beginning George said;

We can’t even get any machine to recognize all the forms of just the letter A yet. Computers have to deal with missing and uncertain information, clutter and noise.

This is just a small step towards solving a very big problem. Machines are yet to learn how to recognize the same alphabet in hundreds of different fonts.

Douglas Hofstadter, a professor of cognitive science, beautifully sums up the situation;

For any program to handle letterforms with the flexibility that human beings do, it would have to possess full-scale artificial intelligence.