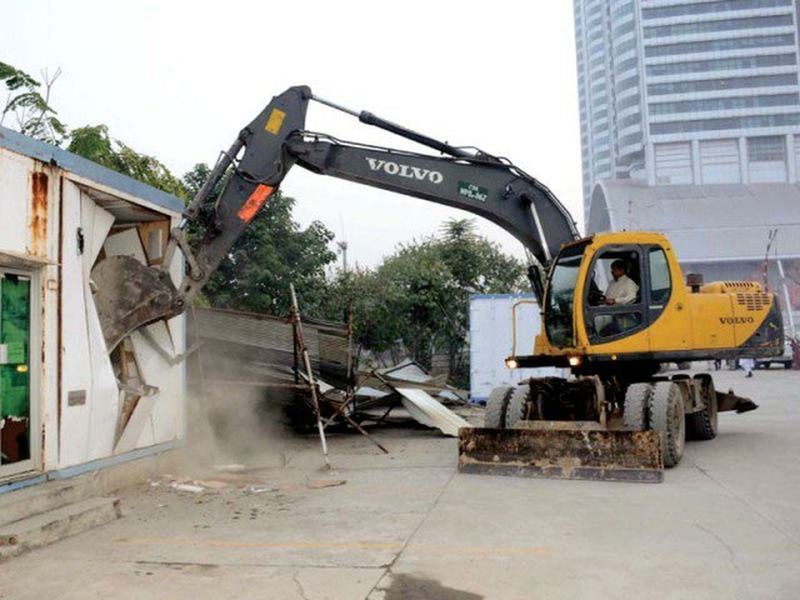 Capital Development Authority and Centaurus Mall came face-to-face on Wednesday as CDA recovered impinged land from the mall. Approximately, 15 acres of land worth Rs. 20 billion was recovered by the Authority.

Things didn’t go smooth as the teams working to clear the area faced resistance. Centaurus Mall’s employees started to throw stones on workers at the site in attempts to halt CDA’s exertion.

The process faced minor delays as Centaurus’ employees continued their resistance. According to CDA reports, three people were injured during the protest that includes two policemen and one CDA employee.

No Response to Notices

CDA authorities say that multiple notices were issued to the Mall’s authorities about clearing the illegally occupied land but they didn’t bother to reply.

Two complexes, residential and office, were built on the land containing a total of 550 rooms before they were reduced to dust. Furthermore, a 24-hour notice was also issued before the operation began.

Fences, barriers and containers are also being removed as the operation is on its way.

CDA says that Police has arrested three employees of the mall who were allegedly involved in injuring the CDA and Police officials.

Furthermore Sheikh Ansar, Chairman CDA and Mayor Islamabad, has vowed to clear any illegally occupied areas and restore the beauty of the capital.