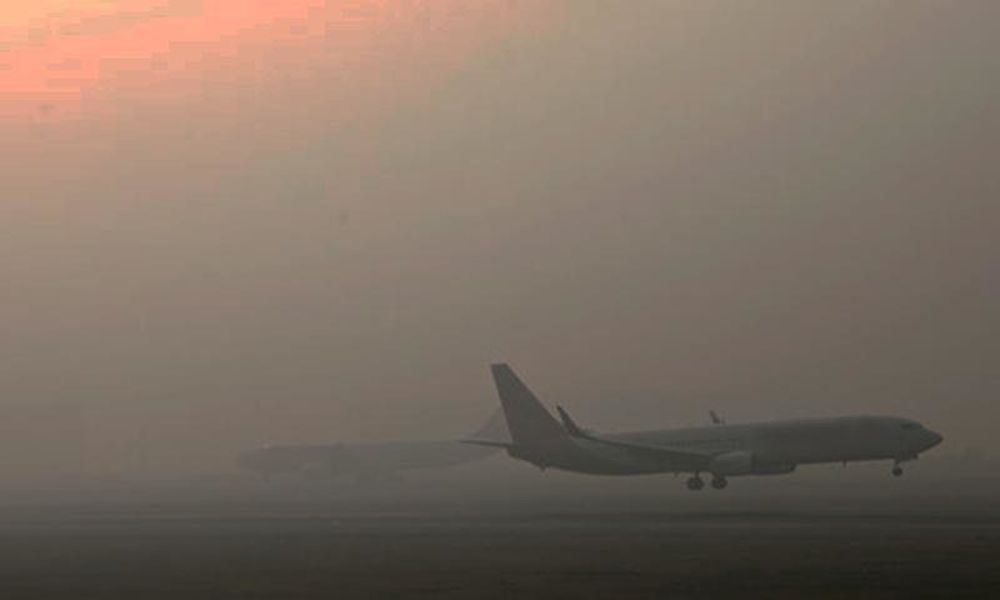 If you had any hopes that smog was going to get away any time soon, you are wrong. It’s here to stay and it has held up 70 flights at Allama Iqbal International Airport Lahore.

People were left frustrated, angered and helpless as 70 flights were delayed due to smog.

Not sure what to do, people started protesting. They blamed the airport authorities of not listening to their concerns.

Protesters told the media that smog isn’t the only reason behind extended delays, airlines fail to collaborate with each other properly and it is adding to passengers’ problems.

Read More: PIA Delays and Cancels Flights for 2 Days Due to Smog

“We don’t know where to take our problems,” a helpless and powerless protestor told the media.

People want government to take this issue more seriously and treat as a health emergency. Citizens are using social media platforms to raise awareness among public and pressurize government into taking action.

The pollutants’ level in the air has already crossed the threshold limit in most of the areas of Lahore and rest of the country..

Read More: Lahore Smog: It’s Man Made and Here’s How to Combat It

World Health Organization (WHO) recommends a maximum of 5 milligram per meter (mpm) of carbon monoxide level in the air. Readings show that it has reached 6.94 mpm in Liberty Market, while in some areas it has gone as high as 21.29 mpm. Such high content of pollutants not only causes flight delays but is deadly for human health too.

We hope it’s not too late before we tackle this smog issue.