Pakistan equities closed the third day of the week in the red as another dull trading session was witnessed in the space of three days. The trading session remained dull amid absence of major triggers. 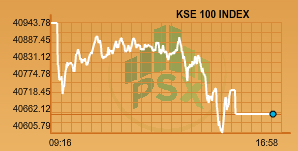 Another lackluster session was witnessed as the benchmark-100 index nosedived to lose 280.99 points or -0.69% to close at 40662.79 points. The under-performance of the benchmark index and subsequent de-rating can be attributed to external/currency concerns and political instability that has led to negative sentiments.

The benchmark index made an intraday low of -358 points whereas the market opened at 40,943 points which was the highest level today.

Stocks opened and traded in a narrow range on a dismal note with turnover on KSE All Shares Index standing under 90 million for the entire day. There wasn’t much exchange in the market today.

During the whole intraday there wasn’t much to see in the market as it looked dull and traded in low volumes. But the trading in the last few hours increased the volume which posted some better numbers on the board.

Analysts recommended investors to stay cautious at current levels where any upside can be considered as an opportunity to reduce short term positions or book profits.

All shares index had a traded volume 90 million shares today. Overall, stocks of 350 companies were traded on the exchange, of which 140 gained in value, 188 declined and 22 remained unchanged.  In KSE 100, just 47.87 million shares were traded with a net worth of just Rs. 5.9 billion. 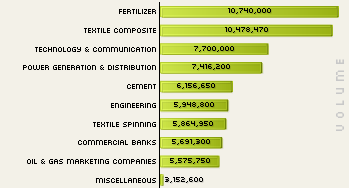 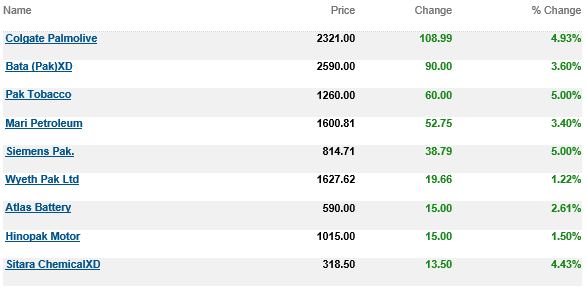