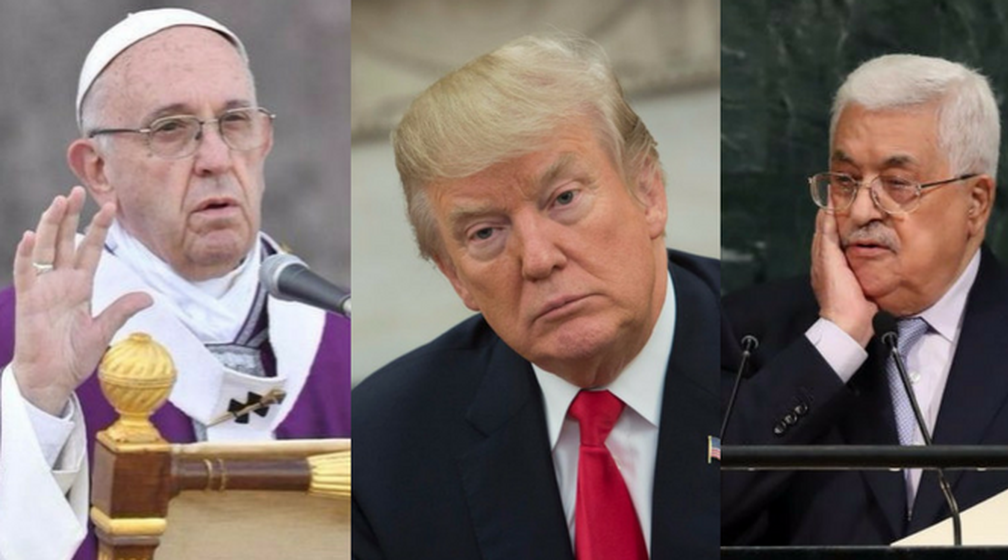 The United States President, Donald Trump is facing backlash from world leaders following his decision to recognize Jerusalem as the capital of Israel.

While the protests have set off not just in Muslim countries but worldwide, the leaders from around the world have shown their solidarity with Muslims by disagreeing to accept Trump’s decision.

From Australia to South Asia, Middle East to Europe, important personalities have chastised Trump administration over their decision to move the US Embassy from Tel Aviv to Jerusalem.

May issued a statement which very clearly reflected Britain’s disagreement with the decision. She said,

We regard East Jerusalem as part of the Occupied Palestinian Territories.

Mogherini expressed the concerns of EU on the matter saying that they have,

Serious concerns about today’s announcement by the United States President Trump on Jerusalem and the repercussions this may have on the prospect of peace.

Pope Francis pressed everyone to respect the status-quo of the holy city of Jerusalem, saying,

I cannot remain silent about my deep concern for the situation that has developed in recent days.
Jerusalem is a unique city, sacred to Jews, Christians and Muslims, where the holy places for the respective religions are venerated, and it has a special vocation to peace.

General Mohammad Bagheri from Iran used strong words against the step and asked the Arabs and other Muslim nations to come together and face off against this test.

The world of arrogance, and foremost the criminal U.S., should know that the unity of the Muslim world will obstruct this desperate move and this measure will be defeated with the vigilance of the Muslim world while the Zionist regime will move closer to its annihilation.

Jerusalem holy city, unique on earth. Its future will be defined within the framework of the peace process based on the two states, Israel and Palestine.

I have consistently spoken out against any unilateral measures that would jeopardize the prospect of peace for Israelis and Palestinians.
I understand the deep attachment that Jerusalem holds in the hearts of so many people. It has been so for centuries and it will always be. In this moment of great anxiety, I want to make it clear: there is no alternative to the two-state solution. There is no Plan B.

Merkel made it clear that Germany “does not support this position because the status of Jerusalem is to be resolved in the framework of a two-state solution”.

Macron called Trump’s decision ‘regrettable’ while saying that “France and Europe are committed to a two-state solution.”

Erdogan has persuaded the Muslim countries to unite at this crucial time. He said,

Protecting the current status of Jerusalem is very important and it is important that the Islamic world act as one.

Message from Saudi Arabia says that this event “represents a great bias against the historic and permanent rights of the Palestinian people in Jerusalem, which have been affirmed by the relevant international resolutions and have been recognized and supported by the international community”.

The decision by President Trump will not change the reality of the city of Jerusalem and will not give any legitimacy to the Israelis on this issue.

This is the only thing which has made adversaries like Iran and Saudi Arabia, as well as all other Middle Eastern countries, stand on the same page.

The world is united against United States’ despotism on the supporting colonisation in the modern world and everyone is looking forward to a peaceful solution of the issue.