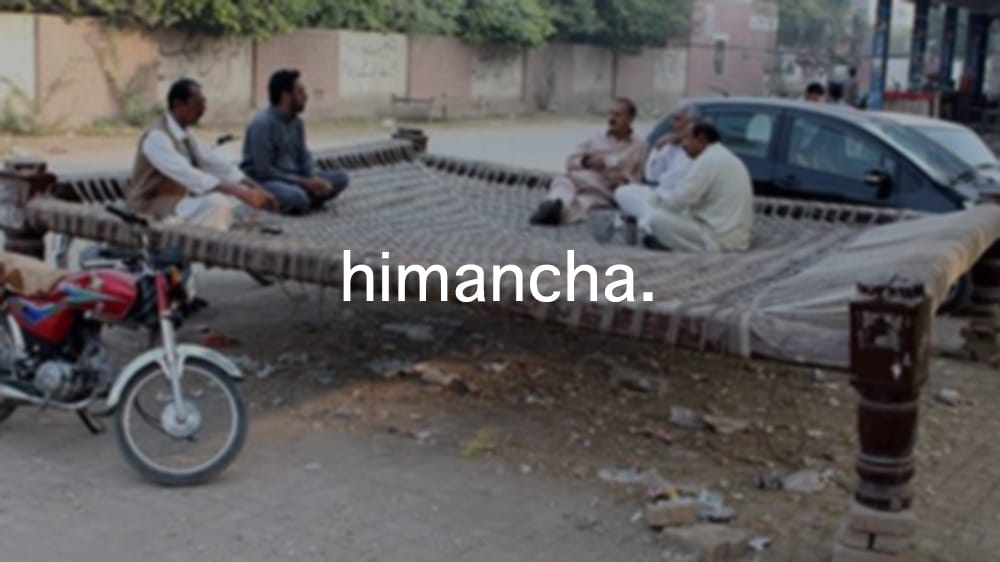 The charpai remains an important part of our beloved culture. In rural areas, an average Pakistani man will love to laze in his courtyard, on this bed-like seat, to have a cup of tea or start fresh gossip session.

Typically, a charpai, which is a traditional woven bed, can accommodate around four persons at a time, and up to seven in case of a tight squeeze.

In Dera Ghazi Khan, however, a massive charpai has existed for about twenty years, only to be learned of by the rest of the country recently. In an interview to a news channel, a local remarked that “it is the biggest charpai in the world.”

In a typical evening on D. G. Khan’s rural area, the young men, children and the elders gather and sit on this giant himancha (the colloquial term for charpai) to discuss news, political affairs and other topics of interest.

At end of the day, most of them depart with the caffeine rushes from their cups of tea and a sincere advice from an old man or two who would have stopped by to meet and greet them.

Situated between housing areas and the market, this charpai is a social gathering spot where people exchange happiness, delight, worry, and sorrow at the same time.

A place where friends are made and an exciting cricket match’s results are repeatedly discussed, this himancha brings together the community of this small town and strengthens its bonds.

Who could ever have known that the makers of this giant seat happened to be weaving in companionship and gossip in the threads that hold it together?

Amid distracted acquaintances, pollution and city lights, this giant himancha seems to be a fragment of a lost world, a piece that we could all use.