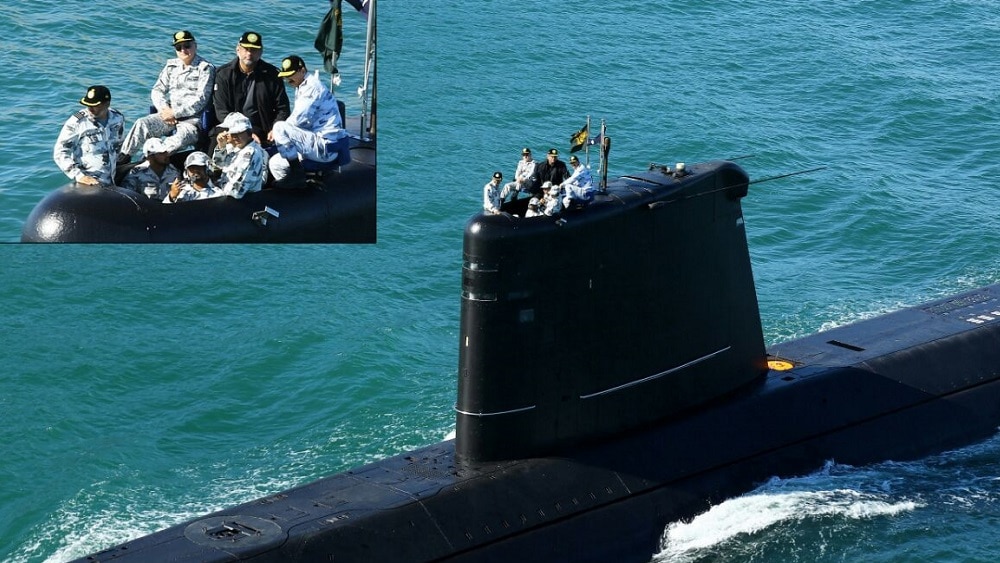 Shahid Khaqan Abbasi became the first Prime minister of Pakistan who boarded, sailed and dived on a submarine. PM Abbasi also witnessed Pakistan Navy’s display of power on his visit to the Jinnah Naval Base Ormara.

The Prime Minister devoted his full day to witness the operational preparedness of Pakistan Navy on December 24th.

He visited the Jinnah Naval Base Ormara and inspected the Navy Operational demonstration and fleet review at North Arabian Sea.

During his visit onboard the submarine, Prime Minister was briefed about history of Pakistan Navy submarine force and achievements made by this elite force during 1965 and 1971 wars. 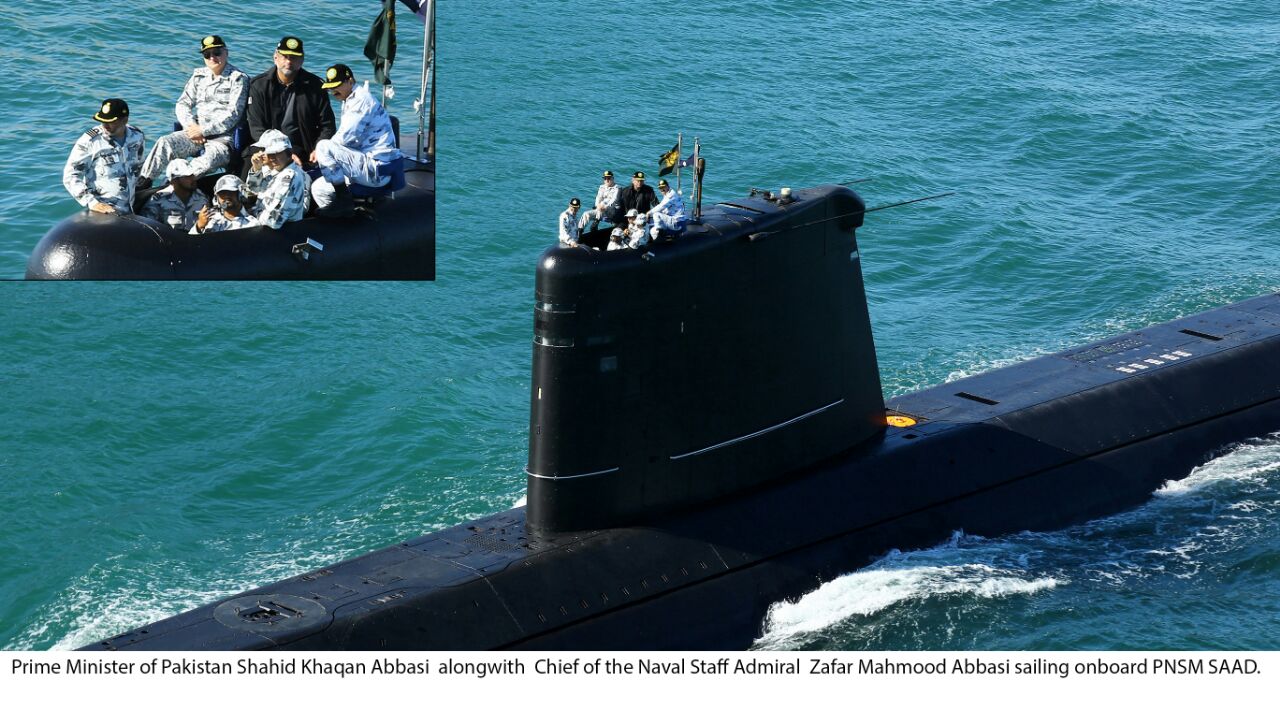 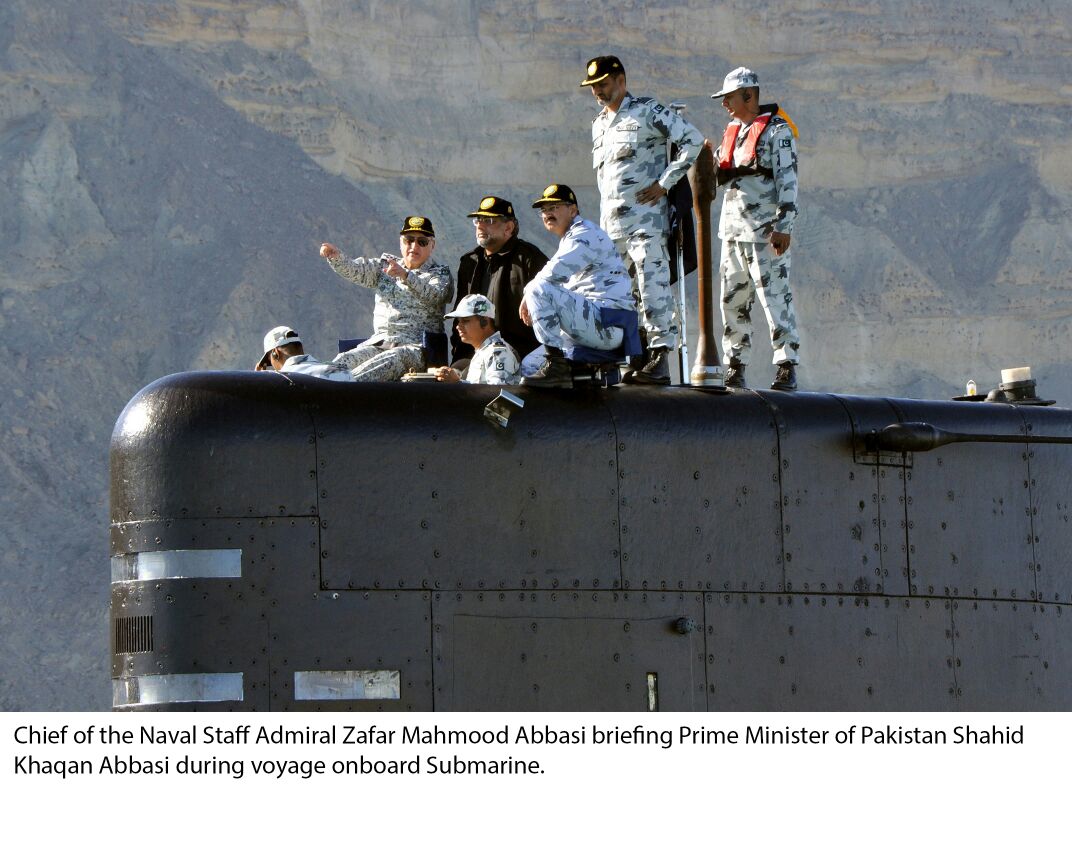 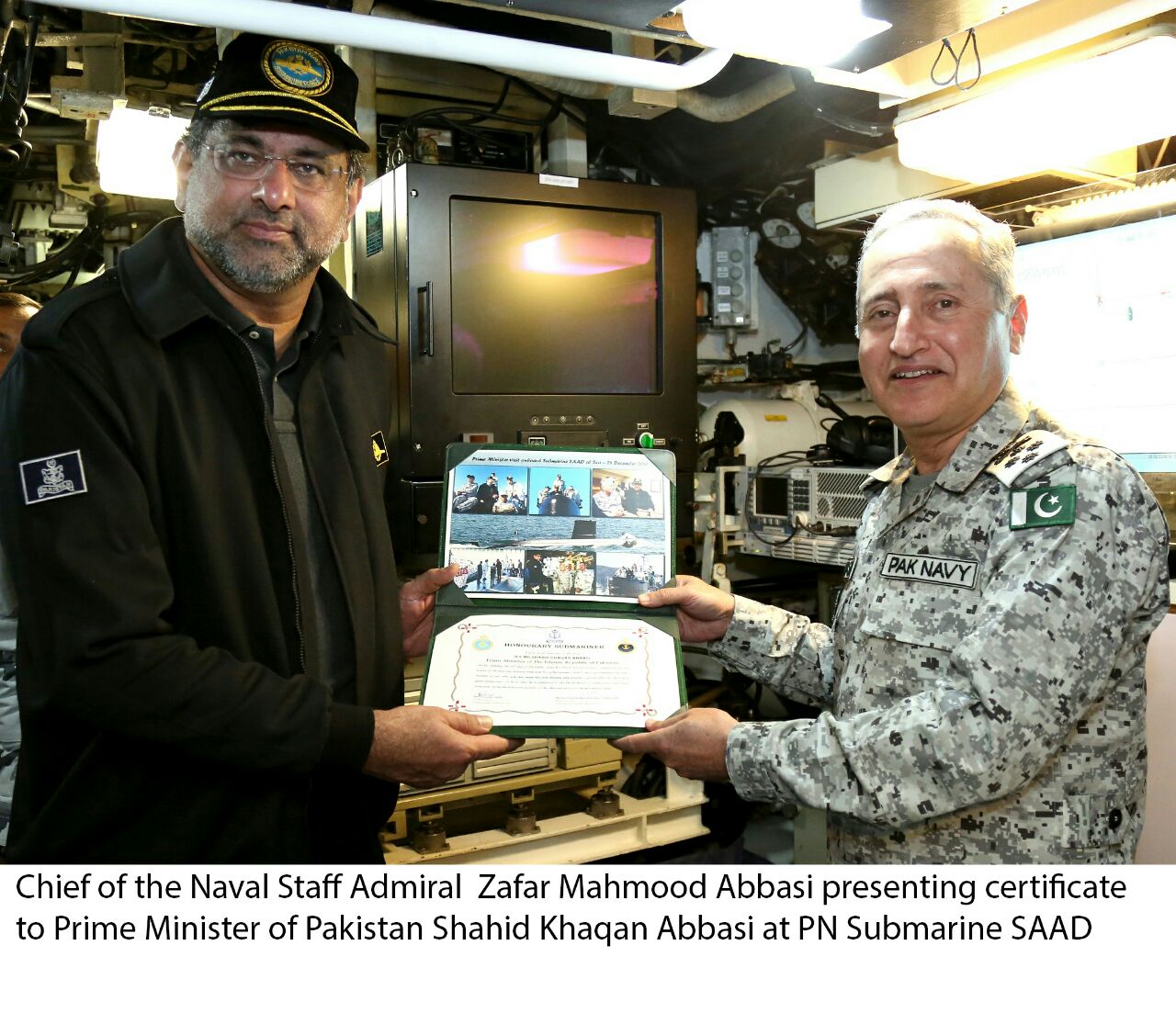 Upon arrival onboard, the Chief Guest was welcomed by Chief of the Naval Staff, Admiral Zafar Mahmood Abbasi. The Prime Minister was briefed on the overall conduct of operational demonstration.

The Prime Minister witnessed different operational exercises conducted at sea. These included replenishment of men and material from one ship to another, Rocket Depth Charge (RDC) firing by Ship & Aircraft and Helicopter Borne Visit Board Search & Seizure exercises.

Prime Minister was also presented an impressive flypast by various aircraft and helicopters. In the end, all participating ships carried out skimpasts in a column formation and presented “Qaumi Naraa” to the dignitary.

After reviewing the impressive operational demonstrations by Pakistan Navy Fleet combatants, the Prime Minister arrived at Jinnah Naval Base Ormara, where he visited the Base facilities/installations including Remote Data Station Mianwali.

Prime Minister expressed his satisfaction over the operational preparedness of Naval Defence facilities and also appreciated the social development initiatives undertaken by Pakistan Navy along the Makran coastal belt, especially in health and education sector which shall go a long way in socio-economic alleviation of local populace in Balochistan.

During the activity-packed visit at sea, Prime Minister also interacted with officers and men and praised their morale and dedication for defending the maritime frontiers under the challenging environment. The Prime Minister expressed his utmost satisfaction on the operational preparedness of Pakistan Navy.

“I feel reassured that Pakistan Navy is fully committed and ready to effectively protect our maritime frontiers including Gwadar Port and CPEC projects against all challenges and threats”,  the Prime Minister emphasized. 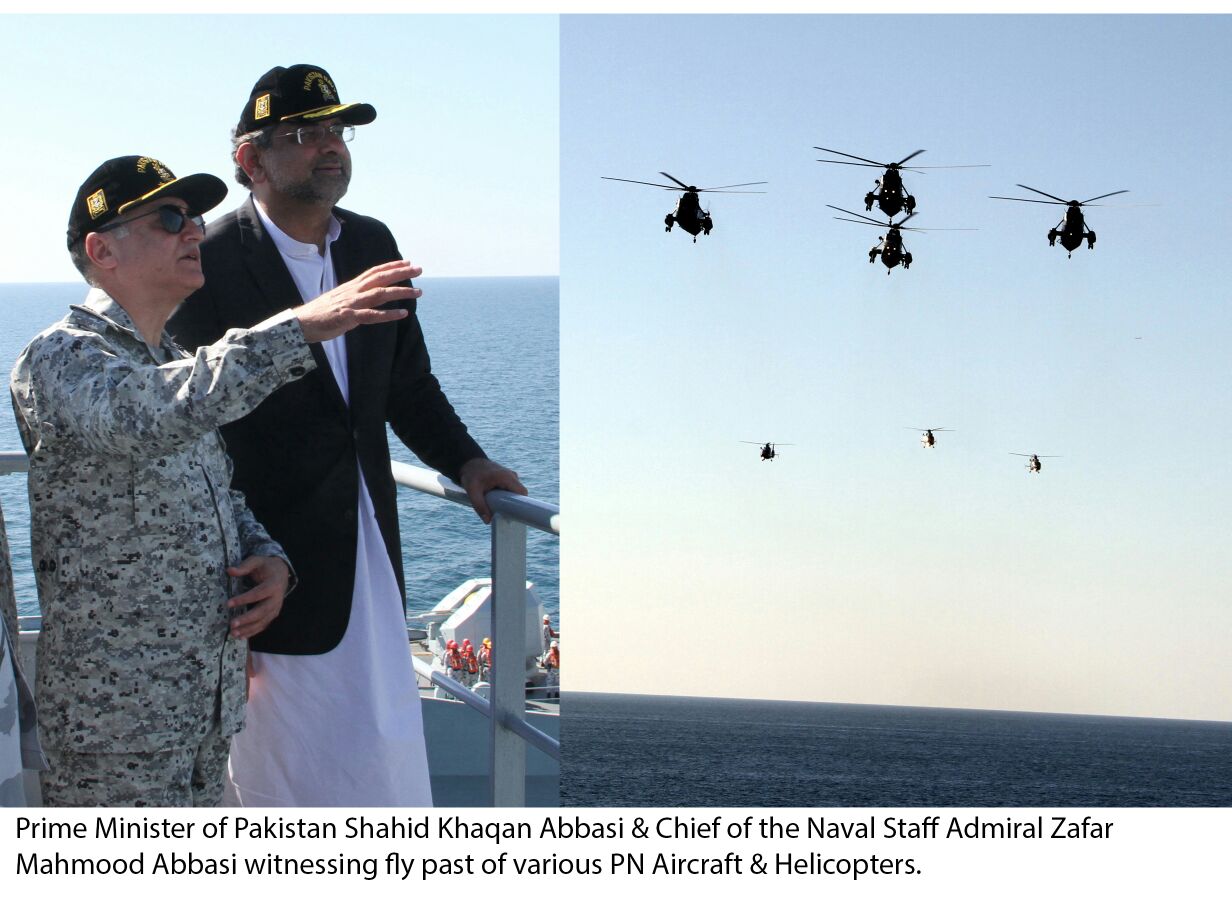