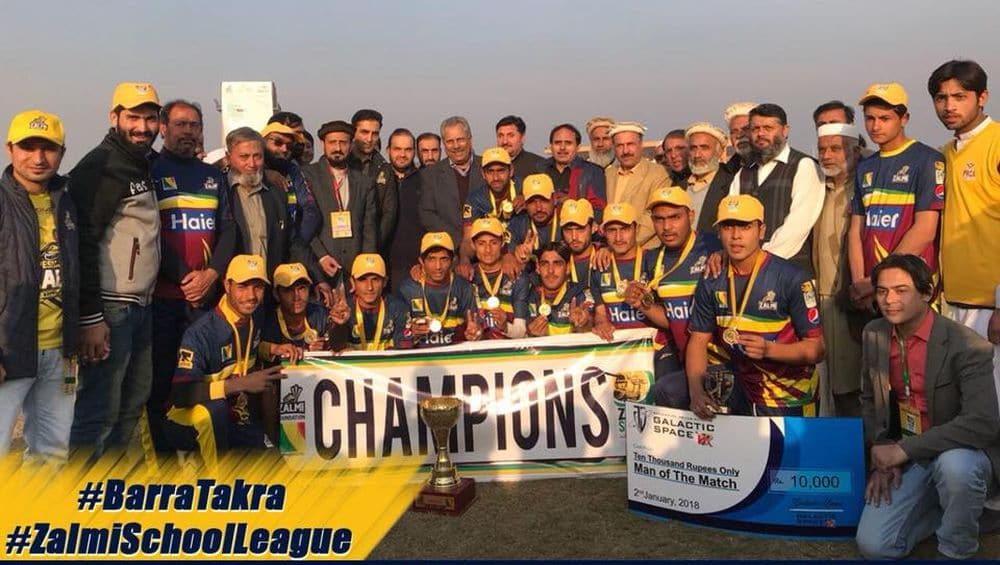 The first edition of Zalmi School League has concluded with Peshawar Blues emerging as winners of tournament.

Peshawar Blues and Malakand Yellows locked horns as the final commenced at Hayatabad Sports Complex. Peshawar Blues won the toss and opted to bat first. Blues posted a total of 193 runs at the expense of 3 wickets in 20 overs.

The top scorer from Peshawar Blues was Amir who guided his team to a huge total scoring 64 runs. Hazrat Ali came close as he contributed his part with a flamboyant innings of 51 runs.

Malakand Yellows failed to keep up with Blues as they tasted the defeat by a huge margin. Blues shattered Yellows’ hopes as they defeated Malakand by 81 runs in the final.

Jamal of Blues impressed the most during whole tournament as the bowler picked 15 wickets in 3 matches.

The winning team took home winner’s trophy and medals while man of the match received a cheque of Rs 10,000. 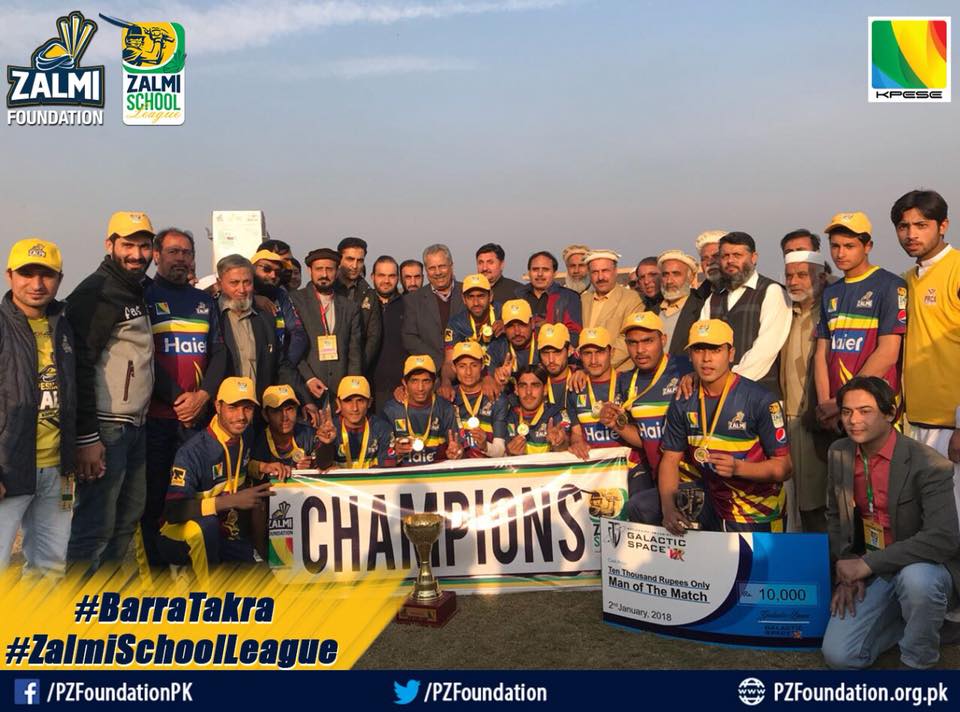 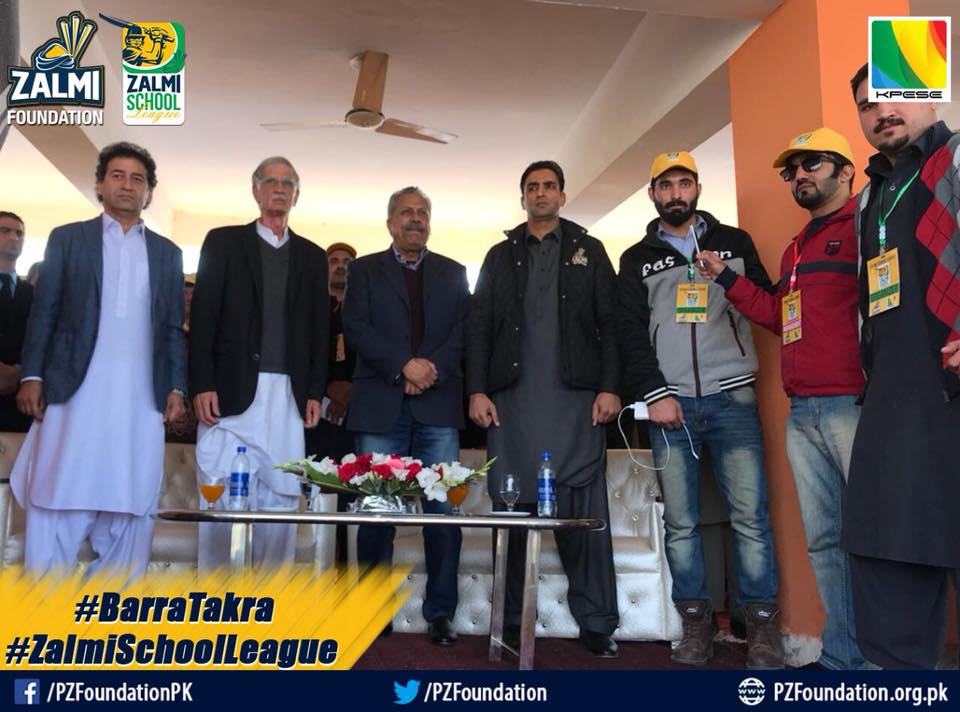 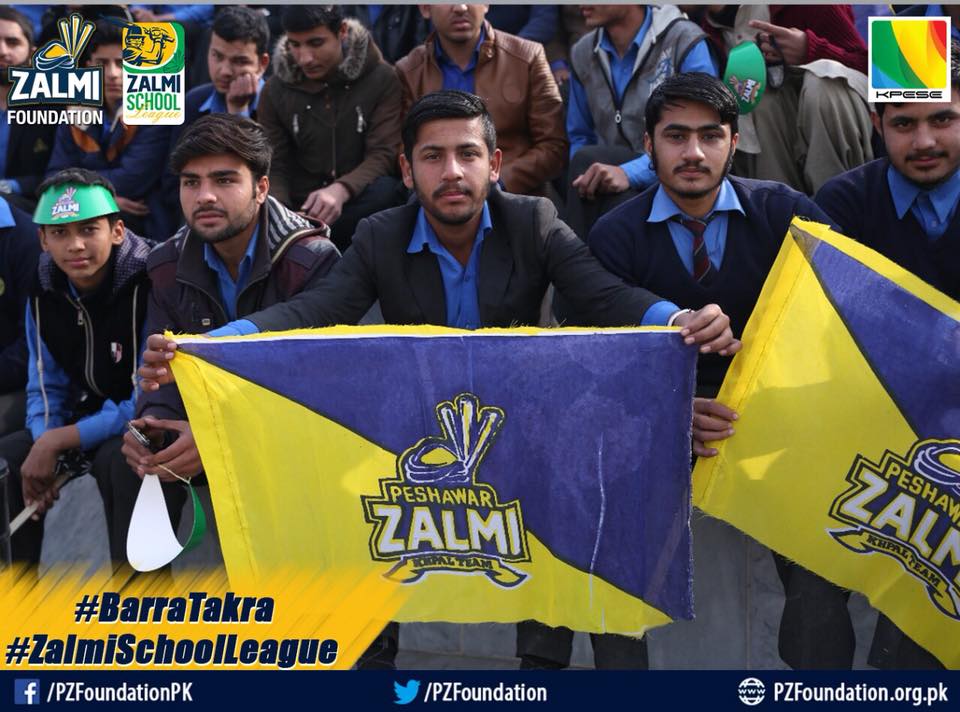 The league started off in different cities of KPK on 26th December and ended today in Peshawar. The step from Peshawar Zalmi is surely a great contribution to the cricket at grass root level. We hope to see similar measures taken from other PSL franchises as well.