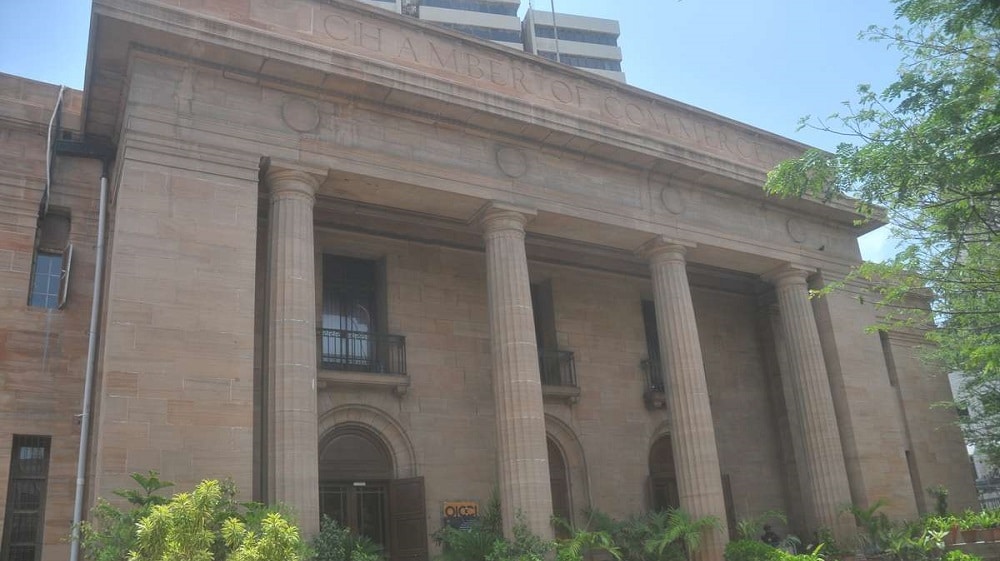 The Managing Committee of the Overseas Investors Chamber of Commerce and Industry (OICCI) met Prime Minister  Shahid Khaqan Abbasi and presented him the results of “Perception and Investment Survey 2017”.

The survey was conducted in November 2017 among the leading 190 foreign investors who are members of OICCI.

The President of the OICCI, Khalid Mansoor informed the Prime Minister that,

The overall results of the OICCI Perception and Investment Survey reflect improved and positive sentiments of the members of the OICCI, who are the leading foreign investors operating in the country. 75% of the survey respondents have stated that they foresee continuing growth in their business and that they plan to make further investments in Pakistan.

OICCI members, while appreciating the operating environment have also highlighted key concerns impeding fast growth of FDI in the country which include:

The Prime Minister, Shahid Khaqan Abbasi, was very pleased and commented that

OICCI Perception and Investment Survey 2017 results reflect highly positive sentiments which reconfirms the improving business confidence in the country. I compliment OICCI for coming out with this very timely collective independent assessment of the existing foreign investors. OICCI members have always been good ambassador of Pakistan as they are not only doing good business in Pakistan, but have also  reposed high confidence in sharing the fast improving business environment and investment opportunities to potential foreign investors. Government of Pakistan is aware of some of the issues faced by OICCI members and will continue to engage regularly with OICCI and other leading economic stakeholders in ensuring that the investment and business in Pakistan flourishes faster than any other country in the region.

OICCI members who collectively pay about one-third of the total tax revenues collected in Pakistan and re-invest about $2 billion annually are positive about the opportunities and potential of the country and foresee expansion of the country’s economy.

This is a welcome sign for all stakeholders, including the young people entering the job market, with nearly half of the OICCI Survey respondents indicating that they will add to their employment base.

Moreover, nearly 66% of the respondents indicated plans to make new investments, out of which nearly eight out of ten respondents plan to invest more or similar amounts over the next 1 to 5 years, as compared to the investments they made in the previous corresponding period.

The planned investment in business and human capital is expected to boost revenue and profitability, as 85% of the respondents are expecting increased sales and 68% expect their profits to rise.

About 80% of the OICCI members have stated that they will recommend Pakistan to potential foreign investors. When comparing the business climate in Pakistan with that in ten regional countries, more than half the respondents gave a higher rating to Pakistan, as compared to India, Indonesia, Sri Lanka, Bangladesh, Philippines and Vietnam. Moreover, 71% of the

Members’ regarded Pakistan as a “Medium Risk” country which is a vast improvement and a positive indicator for new investors.

A noteworthy change has taken place in respect of the Top Challenges faced by the OICCI members. ‘Energy Shortage’ identified as the second biggest challenge in the last three surveys has dropped out of the top five challenges, whilst ‘Security, Law and Order’ which topped the list in the last three surveys has been identified as the third biggest challenge this time.

To further add to the optimism, recent accords signed by the government have all been given a thumbs up by the respondents. Majority of the respondents support the ‘CPEC’ projects, which most people believe will be a ‘Game Changer’ for Pakistan.

Respondents also feel that Pakistan’s membership in the Shanghai Cooperation Organization (SCO) will favorably impact the business environment in Pakistan.

Half the respondents have shared positive views about Pakistan becoming a signatory of Organization for Economic Co-operation and Development (OECD), as this agreement may lead to broadening the tax base in Pakistan, by compelling the citizens to declare offshore income and assets.